END_OF_DOCUMENT_TOKEN_TO_BE_REPLACED

By the time ALRP client Jose called us for legal help, he was afraid to leave his apartment. Having been bullied for being gay when he was younger, Jose now faced a frightful bully as a neighbor. Only this time, the bully was wielding the law as her club. Jose’s relationship with his once cordial neighbor deteriorated after she began making disparaging remarks about the HIV+ community.

END_OF_DOCUMENT_TOKEN_TO_BE_REPLACED

Emily Nugent, ALRP’s Attorney of the Year, started down the path to becoming a Panel attorney during a legal internship at the Whitman Walker Clinic in Washington, D.C. “I represented three clients with advanced AIDS, who were all experiencing discrimination at work,” she said. “I thought, ‘Didn’t everybody see the movie Philadelphia? Don’t we all understand that this isn’t right?’”

END_OF_DOCUMENT_TOKEN_TO_BE_REPLACED 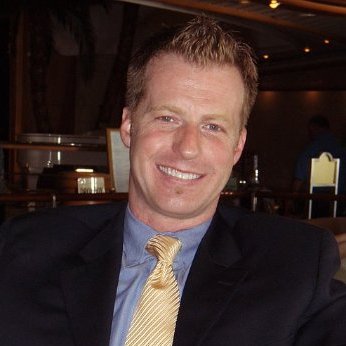 “Volunteering has always been a part of my life,” said Robert Millar, ALRP’s Board Secretary. “My father was recently voted Man of the Year for his many years of community volunteer work, so for me it’s second nature to become involved in my community. Because I’m unable to take on pro bono projects, ALRP is my opportunity to volunteer in the legal field.”

END_OF_DOCUMENT_TOKEN_TO_BE_REPLACED

Ana Fights for Rights in the Bay Area and El Salvador

When ALRP Staff Attorney Ana Montano was growing up in San Francisco’s Mission District, her parents’ restaurant at 24th and Mission streets was a hub for community activists who gathered to talk about local and Central American politics. “There was so much activity at that time around issues of poverty, access to justice, housing and jobs,” Ana said.

END_OF_DOCUMENT_TOKEN_TO_BE_REPLACED

When John Fasesky, ALRP Staff Attorney, meets his clients, he’s modest but upfront about his personal story. He tells them, “I’m HIV positive, I’ve been in the system, I know where you’re coming from. And I want you to know that I understand your frustrations.” Of course, those few words can’t fully encompass John’s personal journey through the AIDS crisis, which led him from working as a word processor to becoming a lawyer.

END_OF_DOCUMENT_TOKEN_TO_BE_REPLACED

Advocating for Employees with Disabilities

END_OF_DOCUMENT_TOKEN_TO_BE_REPLACED 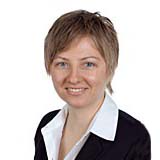 ALRP board member Erin Smart knew she wanted to be an attorney when she was still a child. “I understood it would mean going to law school even then,” she said, “but I wanted to love what I did for a living, and see how the law has an impact on people’s day-to-day lives. And now that I’m an attorney, I do.”

END_OF_DOCUMENT_TOKEN_TO_BE_REPLACED

When ALRP client Walter C. made his regular trip to the pharmacy to pick up his medications, the pharmacist informed him that his insurance had been cancelled. It was devastating news for a self-insured person living with HIV. But it wasn’t the first time Walter had heard this. Since 2000, his insurance company had tried to cancel his policy four times for alleged nonpayment of his premiums. “I was at the end of my meds when I found out.”

END_OF_DOCUMENT_TOKEN_TO_BE_REPLACED

Having come to the United States when he was 12 years old, Panel attorney Bernardo Merino has dedicated his law practice to helping others achieve their immigration goals. “Due to the persecution they may have been subjected to in Latin American countries, people who are HIV+ and gay may actually have a fighting chance at securing political asylum,” he says…”