Lynnette Baclig
Insurance Attorney
Lynnette is a staff attorney with ALRP’s HIV/AIDS Insurance Protection Project.  Lynnette received her law degree from Golden Gate University School of Law in 2016.  She earned a double Bachelor of Arts degree from California State University Sacramento in Philosophy and Women’s Studies.  Before joining ALRP, Lynnette worked as an associate attorney for a boutique employment law firm, but she also has vast experiences helping clients and public interest organizations in domestic violence, criminal justice, and workers’ rights issues.  During her free time, Lynnette enjoys rock climbing, yoga, and mindfulness, which she incorporates into her law practice to better serve our clients. Email Lynnette

Jeff Dulgar
Supervising Housing Attorney
Jeff joined ALRP in 2015 as a Staff Attorney after working at a San Francisco real estate firm.  Jeff also brings ample experience to ALRP from his time as an ALRP law clerk and as a solo practitioner representing tenants.  He earned his J.D. from Golden Gate University School of Law after graduating from UC Santa Barbara with a major in Political Science and Global Peace and Security.  Jeff has maintained a focus on supporting under-served communities in the Bay Area through his prior work at Oakland’s Self Help and Family Law Facilitator’s Office and by riding in the AIDS/LifeCycle for the past four years. Email Jeff

Bill Hirsh
Executive Director
Bill has more than 20 years of experience in community-based nonprofit organizations ranging from alternative mental health programs to legal services for the mentally and developmentally disabled. After graduating from law school, Bill served as a welfare rights attorney and helped organize homeless San Francisco residents. He served as Directing Attorney for the Mental Health Advocacy Project of the Santa Clara County Bar Association Law Foundation. Before joining ALRP in March of 2000, Bill directed the Mental Health Association of San Francisco, where he coordinated a broad-based public policy advocacy effort to increase affordable and supportive housing for people with mental health disabilities. In 2006, Bill was appointed by Mayor Gavin Newsom to the city’s Long Term Care Coordinating Council where he works to ensure that seniors and adults with disabilities can access the services they need. He has also taken a leadership role in the HIV/AIDS Provider Network (HAPN), working to ensure that San Francisco’s model of care for HIV/AIDS services continues to meet the needs of people living with HIV/AIDS. Bill recently was honored for his outstanding contributions to the disability community by the Mayor’s Office on Disability and the Independent Living Resource Center of San Francisco. Email Bill

Jim McBride
Development Director
Jim received a degree in General Arts & Sciences from the Pennsylvania State University and a Development Director Certification from the University of San Francisco’s Institute for Non-Profit Management. Jim brings to ALRP more than 25 years of marketing, communications and fundraising experience. Prior to coming to ALRP, Jim served as Director of Sales & Marketing for The Ideas Group, in addition to positions with Bozell Worldwide, Breene Kerr Productions, and Design Media. Jim’s non-profit experience includes stints with the UCSF AIDS Health Project and Shanti Project. Jim holds a Certified Business Communicator designation from the Business Marketing Association (BMA), where he served on the National Board of Directors as Vice President of Visual Communications. Other board services include Rainbow World Fund, the San Francisco Chamber of Commerce Job Forum, and Vibrant Souls. Jim recently served on the Diversity & Inclusion Committee of the Association of Fundraising Professionals (AFP) and presents at conferences and seminars for AFP and Development Executives Roundtable. Email Jim

Ana Montano
Immigration Attorney
Ana received her J.D. from UC Hastings College of the Law in San Francisco. Human rights and community service are in Ana Montano’s blood. Having come of age within the dynamic social and political environment of San Francisco’s Mission District, Ana affirmed her life-long commitment to supporting the under-represented. Through her work as a public interest attorney, she has effected constructive change in the lives of the poor, people living with HIV/AIDS, the elderly, and the LGBT community. Ana was an extern for Judge Joseph Grodin at the California Court of Appeals 1st District and active in the La Raza Lawyers Association. In addition to her social justice work, Montano’s legal savvy is balanced by a deeply-rooted passion for the visual arts. She was the managing curator for the Laney College Art Gallery, in Oakland, as well as her own gallery, ‘ArtBeat’. She produced a photo-documentary exhibit on folk arts of El Salvador and several videos on Latino artists. “After all”, says Montano, “Healthy communities thrive not only on justice but also on imagination and creativity.” Email Ana

Alynia Phillips
Staff Attorney
Alynia is a proud double-Bear who obtained both a B.A. in History and a J.D. with a certificate in Public Interest Law from U.C. Berkeley. Alynia has worked for a long list of legal organizations on policy advocacy, litigation, and direct services. Some of Alynia’s favorite experiences during law school were working on issues of education, employment, human trafficking and consumer justice at Equal Justice Society, Legal Aid at Work, and East Bay Community Law Center. Upon graduation from Berkeley Law, Alynia was awarded the Francine Marie Diaz Memorial Award and the Eleanor Swift Award for Public Service for her commitment to using the law to support communities in need. Prior to joining ALRP, Alynia worked as an associate for a plaintiff-side San Francisco law firm, litigating complex, large-scale consumer protection and antitrust class actions. In her spare time, Alynia enjoys playing electric bass, listening to podcasts, and planning ambitious cross-country road trips and international excursions. On a nice day, you can find her soaking up the sun on the banks of Oakland’s Lake Merritt. Email Alynia

Allison Pruitt
Staff Attorney
Allison graduated from UC Santa Cruz in 2009 with a B.A. in Political Science, and earned her J.D. from Santa Clara University School of Law in 2016, with a focus on human rights and public international law.  During law school, Allison worked as a student attorney in the International Human Rights Clinic and completed two internships with the United Nations High Commissioner for Refugees, first in Costa Rica and then in Switzerland.  Prior to joining ALRP, Allison volunteered with the Center for Justice and Accountability, the Eviction Defense Collaborative, and Face to Face the Sonoma County AIDS Network.  Allison has always had a desire to find a job working in a capacity where she can directly assist those most vulnerable to abuse.  She’s lived in five different countries, travelled to twenty more on four different continents, and enjoys music, movies and museums. Email Allison

Carmen Ramirez
Immigration Attorney
Carmen earned her J.D. from the University of Wisconsin Law School, where she began her legal career defending undocumented immigrants in removal proceedings while working as a law clerk for LAIP (Legal Assistance to Institutionalized Persons). After graduating from law school in 1998, she moved to New York City and continued her immigration work by helping individuals from El Salvador, Nicaragua, and Guatemala obtain their Legal Permanent Residency based on asylum under NACARA. She also pursued her passion for the arts by working at different art museums in the city, including El Museo del Barrio which focuses on Puerto Rican and Latin American art.  Then, she moved back to her native home island (Puerto Rico) where she practiced law for the last 17 years.  After a 10 year corporate legal career, including serving as General Counsel in a telecommunications call center, she decided to open her own immigration and employment practice in 2009. In 2013, she became Legal Advisor on immigration matters for the Mexican Consulate in San Juan, Puerto Rico. She recently moved to the San Francisco Bay Area and is eager to use her experience to serve the local community of immigrants living with HIV and AIDS. Email Carmen

Jaime Rush
Managing Attorney
Jaime received her B.A. in Sociology from Wesleyan University and earned her J.D. from University of California, Hastings College of Law in 2005. She was admitted to the California Bar later that year. During law school, Jaime was an extern for Phyllis Hamilton of the Northern District of California Court, and she was also a member of the Hastings Communications and Entertainment Law Journal. Since graduating, Jaime has worked as a Housing Law Clerk at ALRP, and also as a contract attorney with a small tenant advocacy practice in San Francisco. Email Jaime

HCAP Attorney
Stephen’s sordid past includes pool hustling, houselessness, a music degree from Berklee College of Music, and a career in the entertainment industry. While achieving his JD from Golden Gate University, Stephen externed for KQED, Judge Maria-Elena James in the Federal District Court for the Northern District of California, Justice Carlos Moreno in the Supreme Court of California, and of course: ALRP. Indeed, Stephen’s connections to ALRP run deep. Having been a volunteer, law clerk, donor, fundraiser, panel attorney as well as a client, Stephen’s role as the HCAP Staff Attorney provides him the opportunity to support Consumers of HIV services as well as Service Providers using alternative dispute resolution techniques. Email Stephen 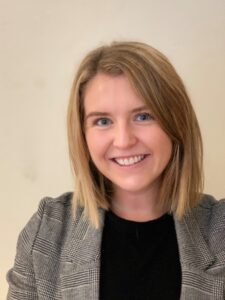 Volunteer Coordinator
Faron earned her B.A. in English Literature from the University of San Francisco in 2016. During her undergraduate studies, she volunteered for Mission Graduates, an after-school program focused on increasing the number of Latino and immigrant youth in the Mission district that pursue and complete a college education, and at an orphanage in Kathmandu, Nepal as a creative writing instructor. After graduating, she spent 27 months in Peace Corps Colombia as an education volunteer and community development advisor. While in Colombia, Faron advocated for her small, rural community by pioneering the expansion of Colombia GLOW (Girls Leading Our World), a leadership and gender equity youth program, and served on the Public Health Committee. Now, Faron is excited to bring her passion for public service to ALRP. In her spare time, Faron loves reading, running in Golden Gate Park, and cooking vegetarian meals. Email Faron