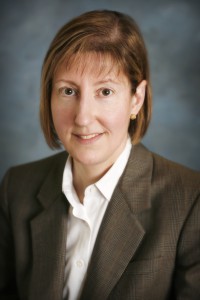 Connected with ALRP since 2005
Panel Attorney

Panel Attorney Mary Catherine Wiederhold recently had a sobering moment in court while representing an ALRP client in an eviction case. “When the issue came up about my client being HIV+, the judge seemed to downplay the impact of HIV.” said Mary Catherine. “ALRP Staff Attorney John Fasesky was with me, and he told her about the discrimination that people with HIV face every day. ALRP is celebrating their thirtieth anniversary, but even in this day and age, people are still facing stereotypes and harassment because of their HIV status.”

Mary Catherine joined the ALRP Panel in 2005 and has taken on cases in real estate, landlord/tenant, and fair housing law. “One client was sued in small claims court by his landlord for back rent,” she said. “My client was just not prepared to defend himself and he lost. Then I got called. I filed a notice of appeal immediately and then sat down to figure out what was going on.” After hours of research, Mary Catherine realized that the landlord was repeatedly returning the client’s checks to confuse how much was owed. The client didn’t owe any back rent. Harassment seemed a likely motive—the landlord had purchased the building where her long-term client used his Section 8 housing voucher. Her client’s rent was well under market rate, and the landlord might have been trying to get the client to move out.

Always eager to fight for justice, Mary Catherine grew up watching Perry Mason on her grandmother’s television, and decided at a young age that a career in law seemed like a good idea. “It looked as if he had a really nice job,” she said. “He worked long hours. He went into court and helped people. Now I’m a solo practitioner myself, and I go into court and help tenants.”

Although law was always in the back of her mind, Mary Catherine first earned her undergraduate degree in English from U.C. Berkeley, and then became a commercial real estate appraiser. Those two paths may seem unrelated, but Mary Catherine found that appraising used the same research, analytical and writing skills she’d honed in school. “I really enjoyed it,” she said, “but after five years I was ready to go to law school.” She earned her law degree at University of San Francisco, then worked at a small firm until she opened her own practice.

“Being a self-employed lawyer is great,” she said, “and my years in the business world have really helped me handle the dollars and cents side of running my own practice. I concentrate on representing tenants in the prosecution of affirmative cases and in eviction cases. There’s a wide variety within that. It’s great to have responsibility for the complete case—from the first meeting to the investigation, filing a lawsuit, and all the way to trial if necessary. My clients know that when they call, they get me directly. It’s very rewarding. “

In addition to her wry sense of humor, it is her willingness to work hard and take cases to trial that have made Mary Catherine such a valued Panel Attorney. ALRP struggles to find attorneys willing to represent our housing clients and finding an attorney willing to take a case to trial is even harder. Recently, Mary Catherine put her life on hold for five days and devoted herself to representing a middle-aged gay man who was being forced out of his long-term rent controlled apartment. Without the assistance of a skilled attorney like Mary Catherine, ALRP’s clients would be left to navigate the eviction process on their own, an often overwhelming process.

That’s why we still need ALRP, according to Mary Catherine. “ALRP provides comprehensive legal services for people with HIV,” she said. “They understand their clients’ needs and they have fantastic outreach into the community. And when I work on their cases, the staff is fabulous—John Fasesky in particular has provided great feedback about how to approach a difficult case or best meet a client’s needs. That keeps me coming back.”