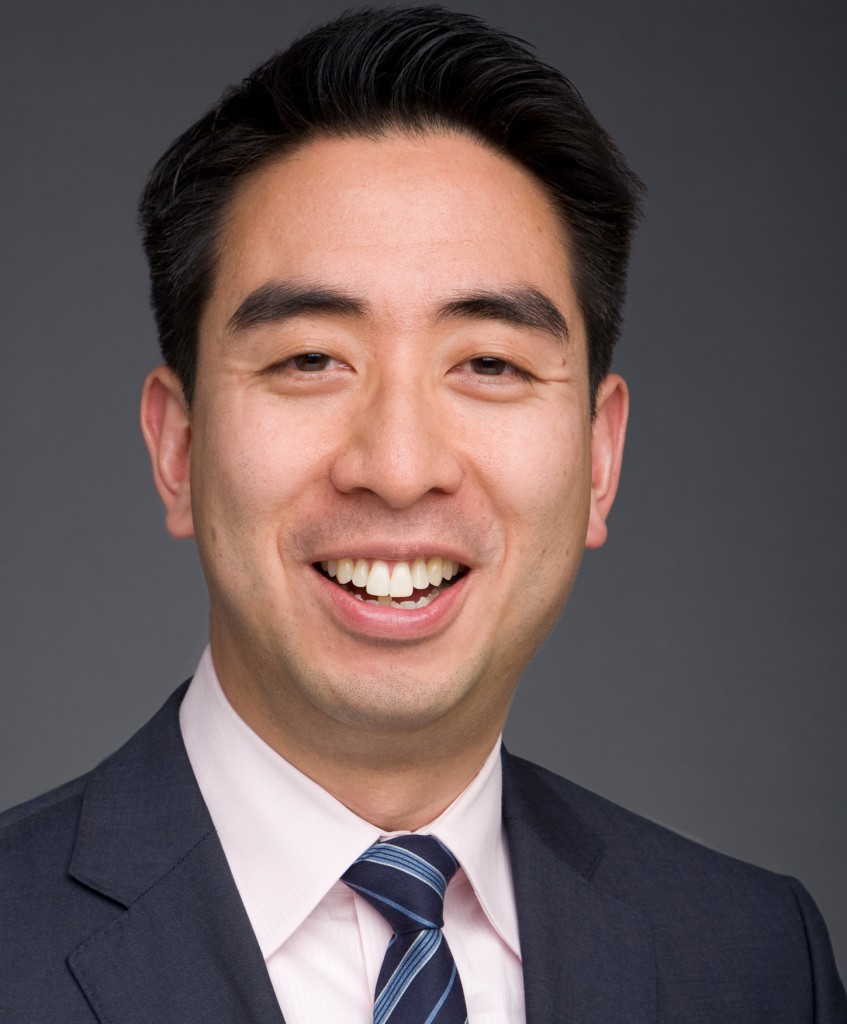 In that case the government attorney tried to establish moral turpitude by arguing that David’s client was HIV+ and had a boyfriend, so therefore she must be trying to infect him. “The opposing counsel tried to interject our client’s sexual history,” said David, “and I heard myself somehow knowing to object that if he was talking about methods of transmission of HIV, he needed an expert witness. I still remember that moment of the judge saying, ‘Counselor, I’m going to be ruling on behalf of Mr. Tsai’s client.’ We were able to win so that she could stay in the US and receive the proper medical care in San Francisco.”

Although that story makes David’s path as an attorney seem fated, his route to the law was anything but direct. He was born in California to Taiwanese immigrant parents, and thanks to his father’s career as a professor he grew up in Michigan, Maryland and New Hampshire. He earned his BS in biochemistry at Harvard and then his MS in biology at Stanford, where in addition to publishing first-author scientific papers he worked on the university’s first online problem sets.

But David wasn’t enjoying a career in the sciences, and he changed direction and jumped into the dotcom boom. He worked for two startups in turn—Zaplet Inc., and TimeDance.com—developing platforms for online collaborative communications. His career was at last in full swing, but something was still missing. “My parents were upset that I was making good money but I wasn’t giving back enough,” said David. He was volunteering at Project Open Hand’s grocery center and on the California AIDS hotline at the San Francisco AIDS Foundation, but felt that he should be doing more. “I was just coming out, and I decided that a law career would empower me to give back to the LGBT community,” he said.

All of David’s interests and experiences came together when he started his career as an attorney. He is now Counsel at Perkins Coie in San Francisco, where he focuses on trade secret and patent litigation involving the kind of technology he was immersed in during his time in startups. He still leans on his high tech and biochemistry background and has written and lectured on internet software applications, Hatch-Waxman/Abbreviated New Drug Application (ANDA) litigation, and stem cell gene therapy. He’s been recognized as a top 50 California Lawyer on the Fast Track by The Recorder, Super Lawyer in Intellectual Property Litigation, Best Lawyer Under 40 by the National Asian Pacific American Bar Association and the National LGBT Bar Association, and one of the Daily Journal’s Top “Five Associates To Watch” in California, and has won numerous awards for his work. Many of his clients are Taiwanese companies, allowing him to use his Taiwanese and Mandarin language skills.

And he’s thrown himself into pro bono work and volunteering for the LGBT and HIV/AIDS communities. He tries to keep at least one active pro bono case related to the LGBT community or people living with HIV/AIDS at all times. And since joining the ALRP Board in 2007, he’s been a tireless fundraiser as well as helping ALRP win a sizeable cy pres award.

“I got involved with ALRP really early in my career,” he said. “I remember wondering if it was too early to join a board, but Bill Hirsh convinced me over a cup of coffee with Jim McBride. I’ve stayed on the Board all these years because I think the organization is extremely well run in terms of its efficiency and critical services, how well it uses the funds it raises, and also how it brings together the legal community to do good.”

David’s passion for ALRP’s work shows in the ways he gets people involved. “I got my best friend from law school to do a summer internship at ALRP and she still supports us,” he said. “I get as many law students involved as I can, I ask new attorneys to join the Panel, I obtain sponsorships, I get the community to come to our events.”

David doesn’t hesitate to ask for donations on behalf of ALRP. “People are so willing to give and get involved,” he said. “They know it’s a great organization that is helping people who really need it. There’s still so much stigma for people living with HIV/AIDS. I know people who are positive who are still unwilling to tell their friends. That stigma is real, and it prevents people from being treated equally. That’s why we need ALRP.”

GRATIFIED: “When I encountered housing and eviction challenges, I received timely and equitable services that offered me comfort and peace of mind.”