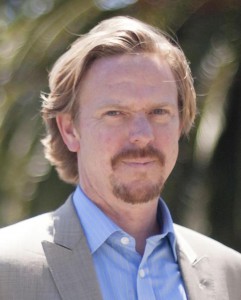 For ALRP Panel Attorney Selby Lighthill, ALRP’s services hit pretty close to home. “I received a referral for a client who lived only a few blocks from me and was facing an eviction,” he said. “ALRP called me on a Thursday and said that the trial for the eviction was set for Monday, and could I help?” Selby met with the client that day.

Selby learned that the client had moved into his unit more than a decade earlier with his partner. When the partner passed away, the client had a series of roommates. This went unchallenged by the landlord for years until 2013, when the tenant was served with an eviction notice for failing to secure permission for the most recent tenant. The tenant’s offer to have the roommate move out at the end of the month was rejected.

“When I met the client he told me his T-cell count was 82,” Selby said. “This was a man who did not need the stress of an impending eviction. I spent the weekend preparing, and on Monday we met with the judge, who encouraged both parties to try to avoid a jury trial. We spent eight hours negotiating that day, and finally the landlord decided he didn’t want to risk a jury trial with a sympathetic tenant and they dropped the case.”

Selby has primarily represented tenants in his work with ALRP clients, and he has won accolades from ALRP staff and clients for his handling of ALRP cases. ALRP named him our Attorney of the Year for 2013. “What I like as a lawyer is standing up in front of a judge and jury and advocating for a client,” he said. “ALRP is a great organization that helps me do what’s important to me: making sure that people get their day in court, their chance to present their side of the story, and hopefully an opportunity to prevail and get justice.”

Selby didn’t take the traditional path to a career in law. After earning a bachelor’s degree in literature at the University of Chicago in 1996, he returned to the Bay Area and taught English as a second language and worked at an independent bookstore. When he began to consider law, he took a job as a paralegal with Morrison & Foerster to earn some money and learn about the field before applying to law school. The experience was rewarding, especially when he got to assist on a high-profile case. “But it also gave me a chance to see what it’s like in a big law firm,” he said, “and I realized I wanted to be the kind of attorney who would try cases and work with people, not corporations.”

Selby attended Hastings College of the Law and graduated in 2007. He went straight to a position at Paul & Hanley, LLP, where he represented clients who were sick, often with cancer, as a result of exposure to toxic materials such as asbestos. For four years he represented these clients in trials and loved the work. And then in early 2012 he decided to open his own office, where he practices landlord/tenant, personal injury and tort law.

GRATEFUL: “The help from ALRP in my quest for long-term disability benefits was invaluable.”