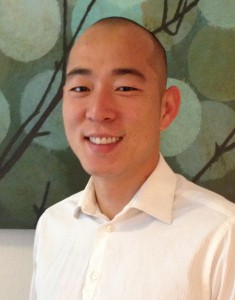 Connected with ALRP since 2012
Panel Attorney

“As soon as my client’s landlord found out he was HIV+, she started harassing him,” said Panel Attorney Jin Shim. “Suddenly she was filing eviction papers and trying to get a restraining order against him.”

Jin’s client was woken up at 3 a.m. one night because his landlord was running a paper shredder right outside his front door. When the landlord wasn’t running a shredder, she was banging on the stairs or playing the TV or radio upstairs at full blast all night long.

“We were able to get video and audio tapes of the noise and of the landlord yelling directly at my client,” said Jin. “We played those tapes in court. That helped us secure a restraining order, prevent the eviction and win a settlement. My client understandably didn’t want to stay in his unit anymore, but he was able to find a place where he could live peacefully again and take care of his health.”

ALRP staff were reminded of Jin’s fine work in this case when the client sent a thank you note to the office that said “Mr. Shim went above and beyond his duties in helping me with this matter. I was able to put that situation behind me and move on with my life…You are very lucky to have the services of Mr. Shim and I just wanted to drop you a note of appreciation.”

Born in Korea, Jin grew up in San Jose and earned his BA in European History at UC San Diego and his law degree at John F. Kennedy University. Upon passing the bar, he worked for the San Francisco Tenants Union for a year, and then opened his own firm in San Francisco’s Mission District in 2012. He joined the ALRP Panel that same year, and accepts cases in landlord/tenant, personal injury and immigration law.

“One of the reasons I went into immigration law is that I’m an immigrant myself,” he said. “I came to the States when I was five years old. My parents came here with $200 in their pocket. I grew up in a working-class San Jose neighborhood, and my parents struggled to support us on the proceeds of their sandwich shop. My friends’ parents had similar businesses. Among my parents’ generation of immigrants, the law is a foreign concept. There aren’t many attorneys in the Korean-American community, so it’s hard for them to assert their legal rights. And people who are poor have less representation in our courts and legal systems. That’s an injustice in our society. I became a lawyer as a way to give back to my community and fill that need.”

In addition to immigration law, Jin practices small business law, which gives him a chance to help people who are trying to support their families with businesses such as laundromats and restaurants. And he became interested in landlord/tenant law as a natural outgrowth of being a San Francisco resident. “Tenants rights are fundamentally housing rights,” he said. “There’s an epidemic of evictions going on right now. I continue to work with the San Francisco Tenants’ Union and we’re seeing huge populations of people of color in the Bayview and Mission that are being kicked out to make way for gentrification, oftentimes through unlawful evictions and harassment.”

Jin joined the ALRP Panel in part because he lost one of his best friends to AIDS while he was still in law school. “I remember how he struggled with his finances,” Jin said. “He needed legal help and I was just a law student. That got me interested in ALRP when I came to San Francisco. But I stayed with ALRP once I realized what a great organization it is. The staff and attorneys are so dedicated, and all my clients have been so grateful. Honestly, I feel I’ve learned more from my clients than I’ve given back to them in legal services. I’ve been happy to spend some time giving back. We’re all part of the same community.”