Cassandra is on Her Way Back Up 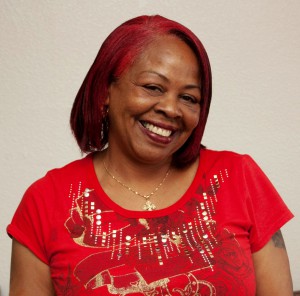 At age 57, Cassandra has survived an HIV diagnosis, a painful divorce, and assuming custody of her five-year-old granddaughter. But as strong as she is, the debts she faced after her marriage ended threatened to overwhelm her. After ALRP helped her file for divorce a few years ago, she turned to ALRP once again to ask about the possibility of declaring bankruptcy.

“I was so frustrated and embarrassed about my debt,” she said. “My ex-husband took my car, but creditors were constantly calling me because I was still making payments on it. It was so bad that I didn’t want to be home. I was very depressed, I was worried about my health, and I was trying to take care of my five-year-old granddaughter on a fixed income. With my husband gone, my finances had dropped so much.”

ALRP referred Cassandra to Panel attorney Craig Dahlquist, who agreed to help her explore her options. When Craig discovered that Cassandra was in poor health, he suggested that they meet at her home. “He is so nice,” Cassandra said. “He patiently explained everything to me, including the pros and cons of bankruptcy and what would happen in court. I am so relieved now—my stress is gone, period.” 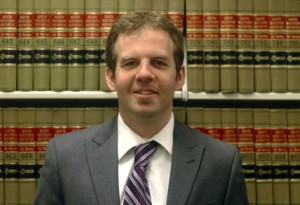 Craig has seen similar changes in other clients’ lives. “Bankruptcy is emotional for people,” he said. “People have terrible guilt about their situation. The calls and letters from creditors tap into that guilt, day in and day out. Attorneys have the opportunity to touch people in a really profound way—their credit issues affect every area of their lives.”

People who work in the bankruptcy field often talk about how it offers clients a fresh start. Craig agrees, and feels it goes even deeper than that. “People don’t file for bankruptcy because they’re in debt and don’t have any money,” he said. “People file because they’re on their way back up. They’re trying to move forward after bad times. But if they’ve got judgments against them, they can’t get legitimate employment, go to school, rent an apartment, or return to being productive members of society. The majority of the people I see have spent the money they owe on food, rent, and medical bills. They’re not bad, lazy, or dishonest. I’ve seen so many cry with relief at their bankruptcy signings.”

Cassandra is a great example, according to Craig, of someone who needed bankruptcy to get back on her feet. “She’s definitely on her way up,” he said. “She’s doing great work for her community, including being trained as a facilitator and advocate for both people recovering from substance abuse and people living with HIV. Now she’s been relieved of a burden that was only going to stop her from caring for herself and her granddaughter. She’s definitely somebody who shouldn’t be stopped.”

Cassandra wasn’t expecting life to throw her so many curve balls. Money is tight and it takes a lot to raise a granddaughter, but she’s free of the crushing burden of bills that threatened to overwhelm her only a few months ago. “If it wasn’t for ALRP, I would have probably relapsed by now,” said Cassandra. “It was so empowering to have ALRP there for me. They really helped me move forward in my life. I couldn’t have done it without them.”