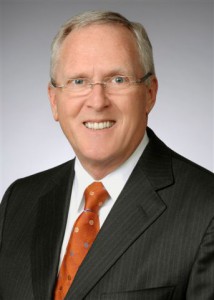 As a Panel attorney, Jim has taken many privacy cases, and he spearheaded a case on behalf of an HIV+ man whose privacy rights were violated by the federal government that went all the way to the U.S. Supreme Court—a case that involved more than 3,000 hours of volunteer work by his firm, Reed Smith. In 2011, he was named one of California’s top 20 attorneys by The Recorder for his pro bono work—only the most recent of his awards for volunteerism and community service, including the ALRP Attorney of the Year Award in 2006 and the Sean Halpin Award for pro bono service by his firm in the same year; that award came with $10,000 that Jim donated to ALRP.

This level of commitment to public service is part of how Jim was raised. “I was brought up and educated to look at life in a critical way and see if there was something I could do to change things and make people’s lives better,” he said. “As Justice Ginsberg has said, we as attorneys have the right, duty, responsibility and obligation to give voice to those who have none. And that’s the power of the law.”

As a partner at Reed Smith, Jim practices in the area of product liability litigation. But as an ALRP Panel attorney, he has taken on a diverse range of cases, and trains other Panel attorneys on confidentiality laws. Many of the cases he takes on are difficult to place with other pro bono attorneys. “I’ll do whatever it is that comes in,” he said. “Whenever there’s an opportunity to do something I like, I’ll happily do it. ALRP has given me the opportunity to open my eyes and see what’s going on in the world.”

Many of Jim’s ALRP cases have concerned privacy issues for people with HIV. “Privacy matters because people whose HIV status is revealed are robbed of something,” he said. “When people’s privacy is breached, they lose jobs and best friends, they’re thrown out of housing. More often than not, it’s important to clients to make sure this privacy violation doesn’t happen again, so it’s not about money but rather to make sure that the person or agency that breached their privacy rights is aware of what they’ve done, and policies and trainings are put in place to make sure that doesn’t happen again.”

Jim volunteers with other agencies as well, and has participated in the AIDS Ride multiple times. But ALRP holds a special place for him. “I had heard about ALRP from people who were giving their time here,” he said, “and that seemed like a really good fit, a chance to give back in ways that I couldn’t for my friend Paul. I’ve done a lot of satisfying work in my two years on the Board. We’ve worked together to get through some very difficult economic times. The really satisfying part is working with people whose passion is to provide services to those with HIV/AIDS—being part of that is extraordinarily rewarding.”

Jim’s enthusiasm for volunteering seems indefatigable. “When have you done enough?” he said. “When can you comfortably say, “I’ve done enough and I’m going to stop now”? You can’t do that.”