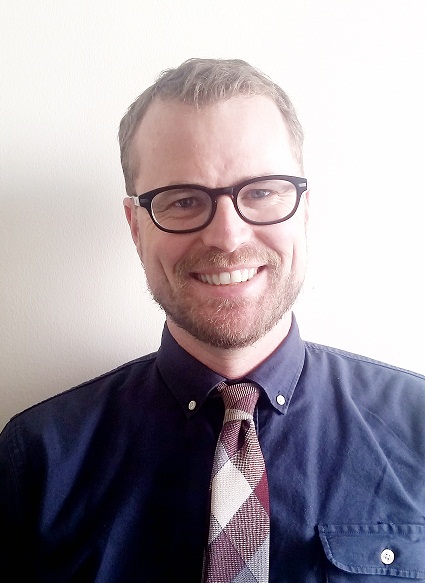 Brian Brophy’s client was homeless and HIV+, and on top of everything else, his dog had been seized by Animal Care & Control. “His caseworker called me and asked if I could help,” said Brian, ALRP’s HCAP Attorney. “The dog was potentially going to be euthanized because it had allegedly been aggressive. Animal Care & Control wasn’t willing to release it to my client as long as he was homeless, because the dog would be around people constantly. We were able to get housing for the client and then get financial assistance for him to pay the fine and his dog was returned to him.”

Brian sees a wide variety of cases because the HIV Consumer Advocacy Project (HCAP) advocates for clients at agencies that are funded by the Ryan White Care Act, federal legislation that funds services for people with HIV/AIDS. “That funding pays for medical services from places like San Francisco General Hospital or Department of Public Health (DPH) clinics,” said Brian, “as well as housing services, food services, social services, dental care, or any other DPH-funded service for people living with HIV. In the case of our client with the dog, his caseworker was from a Ryan White Care Act funded agency and she asked for our help.”

Brian’s clients might have been suspended from services at an agency, or don’t feel the quality of care that they’re getting is adequate, or may be running into communication problems or cultural competency issues. Brian represents them in grievance processes or works informally with the agencies involved to find out what’s going on and what steps can be taken to make services more readily available or better for his clients. One client was the subject of homophobic slurs in his temporary supportive housing, until Brian advocated for increased training on LGBT sensitivity for staff and better grievance procedures for the agency. Another client was denied access to a dental clinic after missing appointments, and Brian was able to get the dental services restored for her.

Recently Brian handled a case for a client who had a criminal record for possession of controlled substances. He had applied for and been turned down for a supportive housing building. “My client had been sober for five years,” said Brian. “He was in school to become a drug and alcohol counselor. He is just an outstanding person, and he really needed this housing so he could move out of his Single Room Occupancy (SRO) room in the Tenderloin, where he was surrounded by drug dealing. I appealed the rejection and compiled a lot of glowing letters of recommendation that talked about his successes in school and peer counseling, and represented him at the appeal hearing. The appeal was successful and his application approved and you can just tell it’s going to have a big impact on his life.”

Although Brian’s passion for his work makes it hard to imagine him doing anything but public interest law, he started out on a different track. At Chico State University he majored in journalism and minored in creative writing. After graduation he wanted to start his journalism career, but the recession was in full swing and newspapers weren’t hiring. He eventually got a job as a writer and editor at Synthesis Magazine, a free weekly paper in Chico that covered mainly the music and art scenes. He eventually moved back to the Bay Area to start his own music and arts magazine, called Mesh.

“We published every other month,” said Brian, “and it was a massive endeavor. I was working full-time at the Chinese American International School in fundraising, so I spent a lot of months working from nine to five and then coming home to work until 3 a.m.”

Despite the downturn in the magazine field, Mesh was successful enough that Brian reached a crossroad. “We had some people interested in funding us to go bigger,” he said, “but I decided if I was going to invest anything further I should invest in my education, and I decided to go to law school. Law school was always in the back of my head, even in high school. And after Hurricane Katrina, I had volunteered in New Orleans several times. I loved doing that and I realized I wanted to do something more in that realm than in the magazine or my fundraising work.”

Brian attended Hastings College of the Law and graduated in 2011. While at Hastings he clerked at several nonprofit organizations, including ALRP, and then returned to ALRP in an interim position and now permanent HCAP role after passing the bar in 2012. He continues his personal creative endeavors through his extensive work as a street photographer.

ALRP gives Brian a chance to do the kind of work he imagined when he went to law school. “ALRP is the most client-centered place I’ve ever worked,” he said. “We go the extra mile in working with clients. These are services that keep people alive and keep them housed. It’s so rewarding working with my clients. The AIDS crisis isn’t like it was in the 1980s, but it’s still a devastating disease and if people with HIV/AIDS aren’t housed they’re not going to be taking their medication; if they don’t receive adequate medical care they’re more likely to become seriously ill or die. We could use a couple more ALRPs and there would still be a need out there.”