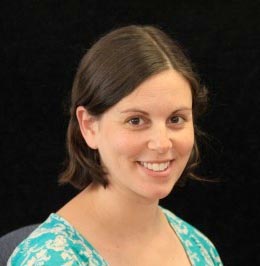 A few months ago, ALRP Housing Attorney Jaime Rush had four separate clients call in with the same complaint: out of the blue they had received notices from their landlord that their rental subsidies would no longer be accepted. It turned out that they all lived in the same building.

“We got their approval to work with them as a group and did quite a bit of research,” said Jaime, “and it looked to us like the landlord’s attempt to cut off these subsidies was illegal. We started to advocate directly from our office but it looked like the landlord wasn’t going to back down, so we were able to bring in a large firm from our Panel. Our big firm broke out their arsenal of weapons and wrote some demand letters and it was clear we were very prepared. The landlord backed down, so four people who were going to lose their housing are still housed.”

Jaime graduated from Wesleyan University in Connecticut with a degree in sociology and moved to San Francisco in 1999. She was torn between going into social work or the law. “I decided that my skill set lent itself better to law,” she said. “I felt I could make more of an impact that way.” She graduated from Hastings College of Law in 2005.

Jaime clerked for ALRP while awaiting bar results. “I loved it,” she said. “Once I passed the bar I went to work in the private sector for a year and I just wasn’t connecting with what I was doing. I was having a ‘why did I bother to go to law school’ crisis when I heard from ALRP that there was a position opening. I was beyond excited to come back. I don’t know if I would have stayed with the practice of law otherwise. I came on board as a Housing Attorney in 2006. I feel very lucky to have gotten the opportunity to work at an agency where my work is just helping clients.”

Although Jaime does handle some evictions, much of her time is spent on other types of housing cases. “My clients tend to live in public housing or other subsidized housing,” she said. “There are many things a tenant can do that may negatively impact their subsidy, so I advocate directly on their behalf.”

Because of soaring San Francisco rents, many of Jaime’s clients are unable to afford market rate rentals if they lose their subsidies or rent-controlled housing. “Unfortunately, a lot of people we see have landlords who don’t have a legal basis to evict, so they’re making the conditions barely habitable to try to force people out so they can rent out the unit at a higher price,” she said. “Our clients have so much going on that even if they know they have some legal rights they can assert, it’s not always worth it to them. They say, ‘I don’t want to fight, I just want to find another place to live.’ Unfortunately they may not be able to afford another unit once they’re out. And our clients need to stay in San Francisco. Their doctors and providers of other critical services are here, so there’s a lot of incentive to keep people in the city.  Our clients often can’t handle the stress, which is where we can help them by addressing their legal issues.”

Jaime also conducts community outreach around housing issues, which includes mini-trainings to tenants as well as trainings to landlords, property managers and nonprofit housing providers about federal and state fair housing law and reasonable accommodations for people with disabilities. “I love and embrace that part of my job because that’s when I get to talk to housing providers when we’re not in an adversarial moment,” she said. “I can say, ‘Let’s talk about the patterns of problems and how we can avoid or address them and not make people live on the streets.’” Jaime also manages many ALRP housing law clerks. “We love our law clerks and can’t do anything without them,” she said. “That’s another part I really enjoy. They’re the future of public interest law.”

Jaime acknowledges that her job can be challenging. “When I first started, every case would get to me,” she said. “If I wasn’t successful at keeping someone in their housing it would take me weeks to get over it. But now I’ve done this long enough to see amazing outcomes for so many clients and I have perspective on the big picture. And I never get tired of this work. It’s interesting—the field changes, the rental market changes, the city changes. It’s almost impossible for me to imagine working somewhere else and not having all of the wonderful things that I love about this job. I believe in what we do, and I love my clients and coworkers.”

Getting to see a tangible impact for her clients is part of what keeps Jaime motivated despite the challenges inherent in her role. “I’ve had clients call and we talk, and they’ll tell me that they were ready to check into a hospital that morning but their stress is so much better after our talk that they’re okay,” she said. “The health of people with HIV/AIDS can be so directly affected by stress, so for them to be able to pick up the phone and call a lawyer who gets that…that’s huge for them.”