Helping Her Community Every Day 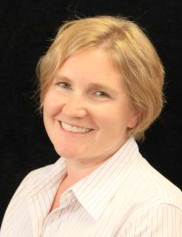 When she looks back on her 10-year ALRP career, Managing Attorney Sara Malan remembers the people she’s served. “Soon after I started at ALRP as a staff attorney I did my first emergency will,” she said. “I went to the hospital to help a client. It was very emotional, and I was so glad to have done something so useful. Later I did a durable power of attorney for a woman who couldn’t speak, and we wrote notes back and forth, and it was actually lovely. I liked being able to help them both at the end of life in such a significant way.”

Then there are the employment discrimination cases, such as the HIV+ man whose employer started requiring him to wear gloves at his job after he disclosed his positive status. And the discrimination faced by a man when a business would no longer serve him after the employees decided he might be HIV+. “He was so ashamed and upset about it,” said Sara. “He’d been going to this business for years. We were able to advocate for the employees to get training from the San Francisco AIDS Foundation and they started serving him again. He told me, ‘I don’t mind if they want to wear gloves—I just don’t want them to be scared of me.’”

And these days, Sara and her colleagues are seeing endless eviction cases. “Evictions are up and it’s all over the news,” she said. “These are mainly no fault Ellis Act evictions or owner move-ins. Owners are looking for any way to get tenants out. If someone misses one rent payment they’re going right to an eviction instead of working with the tenant, even in supportive housing situations. It’s just shocking.”

Sara recently negotiated an excellent move-out package for a client whose landlord was trying to evict him based on a false violation-of-lease complaint after a 23-year tenancy. “The tenant was already making plans to move out of town when he came to us,” she said, “because he knew the landlord wanted him out and it would only be a matter of time before it happened. He was paying around $900 for a unit that is now worth anywhere from $4500 to $6000 per month. The client was very calm throughout but I was outraged. I’ve found that the majority of our clients are so unbelievably patient and understanding when things are stacked against them. They help me be more patient.”

A native of Oregon, Sara earned her BS in Foreign Service, Culture & Politics at Georgetown University, where a professor hooked her on the idea of public interest law. She graduated from University of San Francisco School of Law in 2001. Her first two jobs out of law school—at a small landlord-tenant firm where she mainly worked with landlords, and at an insurance defense firm—were not a great fit. “When I got laid off I saw it as an opportunity to get back into public interest law,” she said. “I told myself I’d never work anywhere that wasn’t a nonprofit again.”

A few weeks later, Sara applied to a staff attorney position at ALRP just before she and her wife got married. She interviewed at the ALRP office days before her honeymoon, received a call for references while in Rome, and was offered the job while in Florence. “It was super exciting and 10 years later it’s still great being part of ALRP,” she said. “We’re such a tight team. It’s a nice group of people coupled with doing great work. I really like coming in the door in the morning. Other workplaces are workplaces, but ALRP is a family. We’re all committed to this work, and we all want to be here.”

Sara started at ALRP as a staff attorney, balancing a caseload that was half housing issues and half everything else. Eventually she moved into the role of Housing Attorney, and is now Managing Attorney. “I’ve really enjoyed the evolution,” she said. “And I’d never realized how rewarding it would be to supervise the law clerks. I love that. I love seeing them come through ALRP and then go on to do other things—it’s like we have an ALRP family out in the world.”

Sara was drawn to ALRP because of its connection with the LGBT community, and the opportunity to make a difference. “This is what I wanted when I went to law school,” she said. “Every day I know I am helping people in my community. I love meeting clients and hearing their stories. Our clients need attorneys who aren’t going to make them feel lesser than. They shouldn’t have to worry in any way that disclosing their HIV status to their attorney is going to cause any discomfort. They need attorneys who are sensitive to their disability and the kinds of discrimination that they face.”