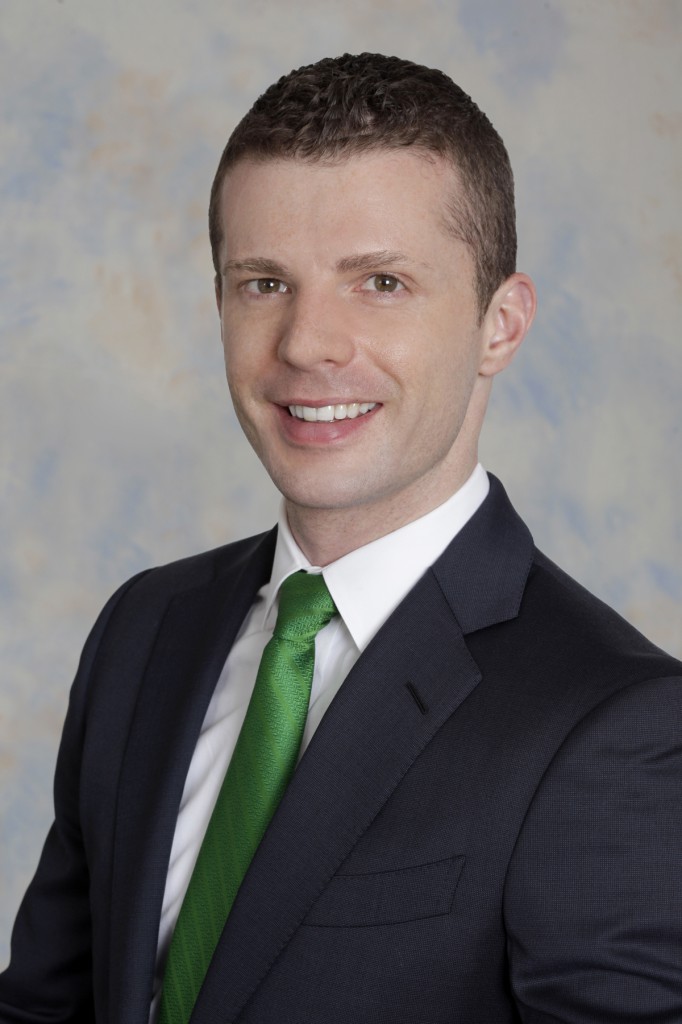 Jeff Jacobi, an ALRP Board Executive Committee member, says he likes to stand up for people who have been marginalized. That might be because of his upbringing in Grand Forks, North Dakota, which taught him in more than one way about the importance of helping others.

“The people there are more trusting than they are in San Francisco,” he said. “The natural inclination when we meet people is to think: how can we help them?” And yet, Jeff also remembers an incident that happened at a church in his community when he was growing up. “A member of the congregation was HIV+,” Jeff said. “He told the priest that he was homosexual and asked if God would ever forgive him, and the priest turned him away.”

Those two sides of his hometown led Jeff on the road to a career in which he can help and defend others. Today Jeff is a Senior Associate with Pillsbury Winthrop Shaw Pittman LLP, where he is a litigator and also works on intellectual property cases. In 2013 he was named one of the 40 Best LGBT Lawyers Under 40 by the National LGBT Bar Association and a Rising Star by Super Lawyers. He is also an active pro bono attorney and has earned the Outstanding Volunteer in Public Service Award from the Justice and Diversity Center of the Bar Association of San Francisco.

Jeff’s journey started with a bachelor’s degree in linguistics, which led him to a two-year stint with Teach for America. “During college I’d worked in an afterschool program and really enjoyed it,” he said, “but I wasn’t ready to make a full commitment to a career as a teacher. Teach for America looked like a good way to explore being a teacher, make a difference in the lives of students, and earn money towards graduate school.” Jeff was placed temporarily in a school in San Francisco’s underserved Visitacion Valley district, and after a few months was transferred to teaching special education classes at James Lick Middle School in Noe Valley, which serves primarily low-income students of color.

“There were a lot of legal requirements that I had to comply with as a special ed teacher,” Jeff said. “That got me interested in how the law works and led me to the University of Michigan Law School. I find law to be intellectually challenging because it involves a lot of written and oral advocacy and problem solving, and it also gives me a lot of opportunities to help people.”

After graduation from law school, Jeff headed back to San Francisco, where he became a law clerk at the San Francisco Office of the Public Defender. “I loved representing indigent criminal defendants and making sure they received due process and fair treatment,” he said. “Doing work for individuals is great, because you can really see how it immediately affects their lives.”

As a Senior Associate at Pillsbury, Jeff spends a lot of time on litigation. “I like the oral advocacy and the writing,” he said, “and there’s the thrill of battle and the victory that comes with litigation. I also spend time on intellectual property issues, primarily trademark work—I find trademarks interesting because of my background in linguistics, which is all about analyzing language systems. When you’re working with trademarks you’re comparing words and pictures and analyzing them in detail, so I’ve really enjoyed that.”

Jeff was introduced to ALRP’s work through Pillsbury’s long-term relationship with ALRP. “Our firm donates a Giants luxury box to the auction each year,” he said, “and we also support the Panel and usually have a presence on the Board. I had worked on some ALRP eviction cases handled by Pillsbury.” When a Pillsbury attorney stepped down from the ALRP Board, Jeff was invited to replace him and jumped at the chance to increase his community involvement, especially for the HIV/AIDS community.

“There are so many HIV+ people in San Francisco,” he said. “They have unique needs and they need a specialized organization like ALRP to support them. And the organization is so well run for a nonprofit, it’s just astounding, especially compared to other nonprofits I’ve seen. Everyone on staff is amazing and dedicated. It’s inspiring.”

Despite the progress he’s seen in the medical fight against HIV/AIDS, Jeff doesn’t expect the need for ALRP to disappear anytime soon. “I know that people like to think that maybe AIDS is over or close to over but it’s not,” he said. “It’s everywhere, it’s a constant part of daily life as a gay man in San Francisco. I have a lot of friends that have been touched by it personally. They make me think about that man from the church in my community, and about how hard it is to have your health deteriorating and at the same time to have that stigma and people discriminating against you and turning their backs on you. Being gay and living with HIV are not reasons to be persecuted.”