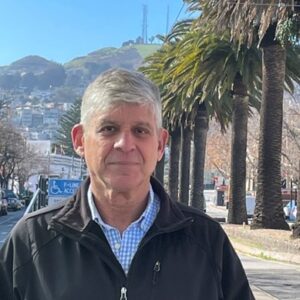 Meet one of our dedicated founders, Mark Senick

Thoughtful, loyal, and empathetic, Mark Senick is the kind of friend every organization hopes for. We couldn’t believe he was old enough to retire, but even as he closes his private practice, he still intends to remain a resource for ALRP with his specialized legal expertise.

“I didn’t set out to do this,” he states.  What began as a short-term project among members of BALIF grew into the AIDS Legal Referral Panel.  Back in the early days of the AIDS epidemic, Mark and a few others saw the intense and overwhelming need for legal services that addressed the unique needs of the HIV/ AIDS community.

Because so many individuals were alienated from family and in many cases could not be ‘out’ at work or openly gay – discrimination in housing, employment, and healthcare was common. The need for a trusted legal advocacy resource was clear and compelling.  Mark continued to lead with his values, along with Steve Richter, Gary Wood, Fred Hertz, Carl Wolf and others and the rest is history.

A self-described child of the 1960s, Mark grew up in Pennsylvania, graduating from the University of Pittsburgh Law School in 1969 and then worked as a VISTA volunteer in a community development program.  He launched his formal career assisting low-income people at Neighborhood Legal Services in Pittsburgh, and also at the Pennsylvania Human Relations Commission, working as a staff attorney enforcing Pennsylvania’s anti-discrimination law.

Moving to San Francisco in the late 1970s was life-changing for Mark, as he found work in a small gay-owned law firm where he honed his expertise in trusts, probate and estate planning – skills he continues to employ in service to the community today.

An invaluable guide to ALRP over the years, Mark has served as a Board member, Board Co-Chair and Treasurer. He has volunteered his time on countless client matters, mentored scores of young attorneys, and has been a generous donor throughout our history.  ALRP was enormously proud to honor Mark with our Clint Hockenberry Award in 2005, for his outstanding service and dedication.

One memorable client matter from the 1980s involved drafting a Will and healthcare directive for a man who was dying of AIDS. The client had gone home to be with his family of origin in Bakersfield and soon his friends were cut off from visiting or communicating with him. Mark found that new documents had been signed, naming a family member as the client’s agent for health care decisions, rather than his close friend in San Francisco.

Mark remembers a heated argument with the family members’ attorney because the family refused to allow the man’s friends to visit him before he passed away. Ultimately Mark convinced the attorney that the friends should be allowed to visit. Although happy at the resolution, Mark admits, “It was the best we could do in those days. It was not a victory. There was so much fear and discrimination at that time.” While there is now more understanding and acceptance of people living with HIV/AIDS, discrimination still exists, particularly for those who do not have access to robust resources to take on legal issues.

Mark notes, he still sees a great need for estate planning and he especially enjoys mediation work these days. While formal retirement is on the horizon, he plans to remain in the Bay Area. We look forward to many more years together in service. Thank you, Mark!