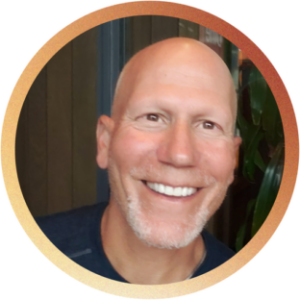 Karl was all smiles when he heard the news

Over the years he has served in leadership roles, as a Panel Attorney, made generous commitments as a donor, and received ALRP’s James C. Hormel Philanthropy Award in 2014.

Most notably, Karl is one of our longest-serving volunteer Panel Attorneys and has been involved in the life of our organization and service model for a very long time.

For Karl, one particularly memorable ALRP legal case involved an older woman, who had a complicated family situation.  From the very first day of meeting in her apartment, they got to talking and connected deeply. Despite her health and legal complications, she seemed full of life at a time when her health was not actually very robust.  So while their professional relationship produced the legal documents she needed, their relationship has been sustained through later visits and walks together, and they are still in touch to this day. A lifelong friendship has developed; truly a gift that keeps giving.

An effective advocate and organizational guide, Karl served as Co-Chair of our Board of Directors at the turn of the century – and guided us in growing the organization to meet the changing legal needs of our clients. Law Professor Kathleen Morris of Golden Gate University School of Law served as Board Co-Chair with Karl during that time and recalls a great partnership:

“Karl is one of the most brilliant and beautiful people I have ever met,

let alone had the pleasure of working with side by side. His leadership

was steady and his energy was completely infectious,” she shares.

“He is one of those people who is just a walking, talking gift.”

Karl readily acknowledges that his passion and involvement with the HIV cause is inseparable from his identity as a gay man.  For him, coming out as a young adult happened at a particular moment in the mid-1980’s when people were dying of AIDS. He felt that he could not come out and live his full identity without contributing very directly to his community through political activism and involvement.

In addition to his service with ALRP, Karl has also contributed countless hours and expertise as a Board leader at Project Open Hand and has leveraged significant funding and support for many HIV/AIDS serving organizations in the Bay Area, through his role as Senior Counsel at Wells Fargo Bank, prior to his retirement in 2021.

His exemplary service extends to fostering the next generation of community leaders, as Karl spent a decade teaching law students as an Adjunct Professor at UC Hastings College of the Law.  Before delving deep into the legal profession, Karl worked as a legislative aide to San Mateo County Supervisor Tom Nolan. Later, he assisted the Department of Aging & Adult Services in the development of the San Mateo County In-Home Supportive Services Public Agency, which provides services to seniors and people with disabilities so they can continue to live independently.

Director Bill Hirsh, “We are proud to confer this year’s Clint Hockenberry

Leadership Award to someone as humble and accomplished as Karl.

I know that Clint would be proud too.”

Karl will receive his formal award recognition during ALRP’s Annual Reception on Wednesday, October 19 at the Julia Morgan Ballroom, along with Attorney of the Year, Nancy Lofdahl and Firm of the Year, Jose Marin Law.