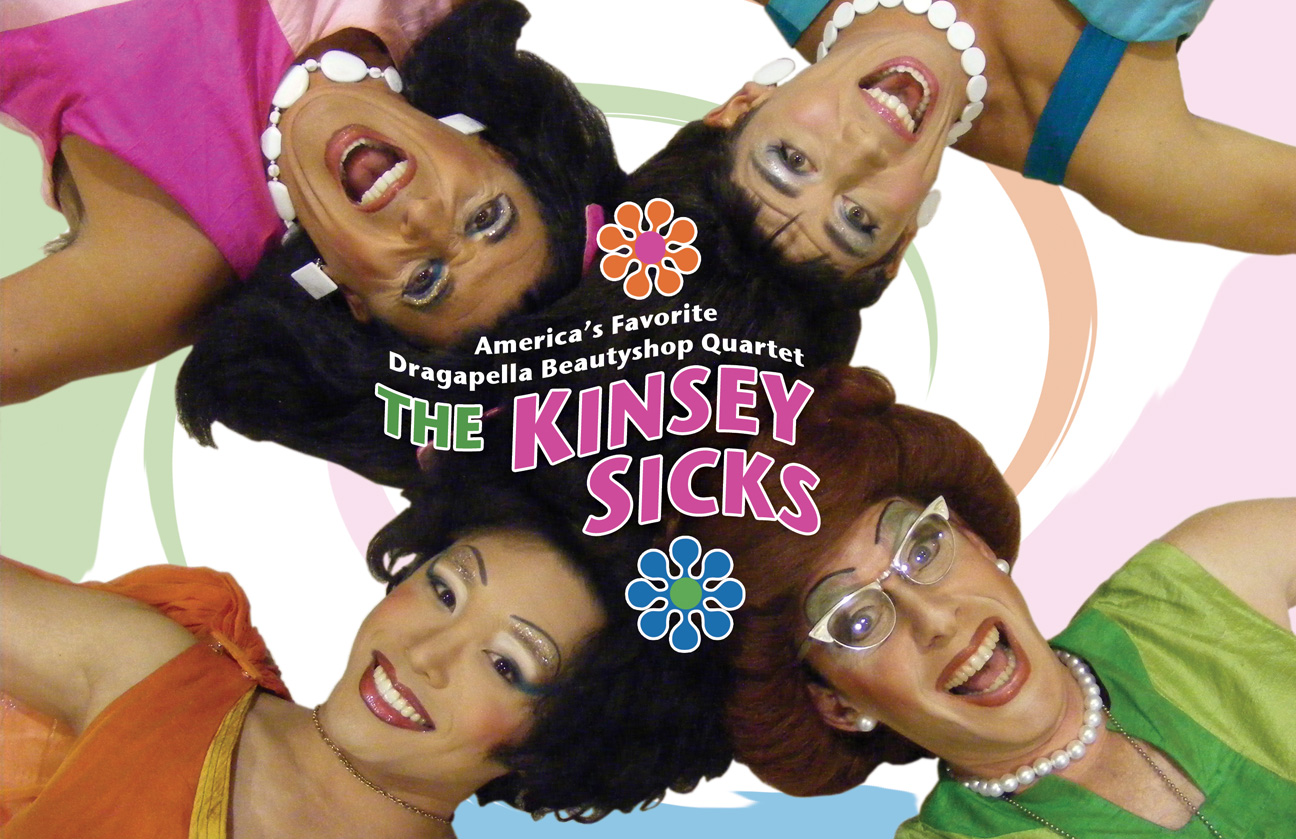 The Kinsey Sicks, America’s Favorite Dragapella Beautyshop Quartet, return to San Francisco after a sold-out engagement in 2013, for a one-night-only performance of Oy Vey in a Manger on Saturday, December 13, 2014 at the Castro Theatre (429 Castro Street, San Francisco). The holiday spectacular is part of a 10-city tour, with stops in New York, Chicago and Philadelphia. The San Francisco engagement will serve as the send-off performance for Irwin Keller, one of the group’s founding members and the original Winnie. Tickets are $25, $40 and $55 and are available for purchase now at www.CityBoxOffice.com or by phone at 415-392-4400. 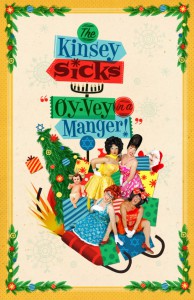 The performance will also mark the debut of the group’s new Winnie, San Francisco’s Nathan Marken, and will mark the only time that both Winnies will appear in the same performance. “I can hardly wait to meet myself,” noted Winnie. “Me, too,” agreed Winnie. ”I’ve always wanted to have a Winnie-twinnie.” Original Winnie, Irwin Keller, was ALRP’s third Executive Director. This is his farewell performance.

The Kinsey Sicks formed in December of 1993 in San Francisco. Since then, they have written and performed scores of musicals, starred in their own Off-Broadway show at New York’s legendary Studio 54, an extended run in Las Vegas, toured internationally, recorded 8 albums and been the subject of 2 feature films.

In “Oy Vey in a Manger”, we find Rachel, Winnie, Trixie, and Trampolina trying to sell off their manger – yes, that manger – before it’s foreclosed upon. Crises arise, secrets are revealed, Jewish-Gentile tensions surface, and mayhem ensues – all in glorious four-part harmony.

This a cappella musical boasts The Kinsey Sicks’ reinterpretations of holiday classics, such as “God Bless Ye Femmy Lesbians,” “Satan Baby”, and “I’m Dreaming of a Betty White Christmas”, plus hilarious Jewish satiric fare, including “Don’t Be Happy, Worry”, the Chanukah spa classic “I Had a Little Facial” and, of course, the requisite Yiddish production number, “Papirossen.”

The New York Times praises their “voices sweet as birdsong” and Variety calls them “one act that should not be missed.” The San Francisco Chronicle says, “Their mangling of hit songs hits genius level.” Read more about them at www.kinseysicks.com.

This event is categorized as: