When a Client Becomes Family 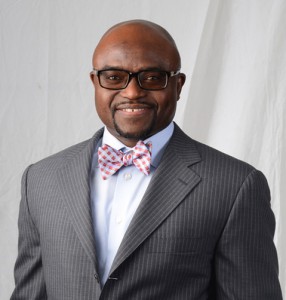 Endy Ukoha-Ajike’s first assignment as an ALRP Panel attorney was life-changing for both himself and his client. An immigrant from Nigeria via England, he was just starting out his law career after graduating from Golden Gate University’s School of Law when a colleague suggested he volunteer with ALRP. “I was used to volunteering through my church,” Endy said. “I thought ALRP would be another great way for me to give back.”

He could never have expected the case he was given. His client, Ellie Cachette, was 17 years old and had just been orphaned. Her father, who had hemophilia, had contracted HIV from a product that helped blood clot. “My father had sole custody of me and was raising me by himself,” said Ellie. “When he passed away of AIDS at age 37, I was instantly orphaned. All his bank accounts were frozen until the court could appoint a guardian ad litem, and I was immediately homeless as a junior in high school.” To make matters worse, her father’s girlfriend began forging documents and seizing Ellie’s assets.

Ellie’s father had been very active in the HIV/AIDS community, and she had heard about ALRP from some of his friends. “My dad was a heterosexual male who was working really hard to bridge the gap between the gay and straight HIV/AIDS communities,” she said. “He was involved in Act Up Golden Gate, and one of their lawyers called ALRP for me. I said I wanted the most aggressive lawyer they could find. They sent me to Endy.”

Endy practices primarily in the areas of tax, estate planning and business consulting at the Ukoha-Ajike Law Group in Oakland. He earned his LLB law degree from Nigerian Law School, and an LLM in Taxation from Golden Gate University. He was skeptical when he heard Ellie’s story, but she arrived in his office with documentation of fraud, forgery and identity theft on the part of her father’s girlfriend, as well as a complex probate situation and a recently appointed guardian ad litem she wasn’t happy with. She was also in the middle of her junior year final exams in high school.

“I said, ‘This case is so outlandish that someone has to take it,’” remembered Endy. “The case was very, very challenging. I worked on it with her for nearly two years, to the best of my ability and with the advice of mentors who helped me. I’ve been with ALRP ever since. ALRP takes stress off of people who have a devastating illness and does them a great service.” Endy has taken numerous cases for ALRP, including five in 2014 alone. 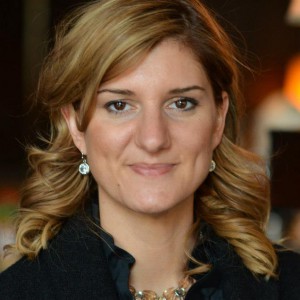 “What ALRP does is not just about the legal help,” said Ellie. “There are lots of attorneys out there, but when you’re dealing with a loved one with HIV, or you have HIV yourself, you have to be twice as careful about your own personal rights. You need lawyers who have navigated that before and understand the unique circumstances that HIV presents. ALRP connects you with people who care and who know how to navigate the exact situations you’re going to encounter with this illness.”

Endy eventually settled Ellie’s case, but their relationship has continued. “I was born in the same year as Ellie’s father,” Endy said, “We became family. I saw this young girl with no one to care for her and watch out for her. She started as my client but now she’s adopted me as her godfather. Twelve years later, that referral from ALRP still has a tremendous impact on my life, and on hers too. I think it shows how your life can be enriched when you help others. I’m very thankful to ALRP for letting that connection happen.”

REPRESENTED: “The ALRP staff is not only caring about their clients, they also really know the ins and outs of the law.”