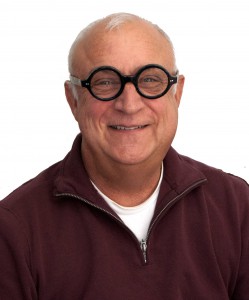 When ALRP client Walter C. made his regular trip to the pharmacy to pick up his medications, the pharmacist informed him that his insurance had been cancelled. It was devastating news for a self-insured person living with HIV. But it wasn’t the first time Walter had heard this. Since 2000, his insurance company had tried to cancel his policy four times for alleged nonpayment of his premiums.

“I was down to the end of my meds when I found out this time,” said Walter. “I hit the panic button. I immediately made phone calls to my insurance company. Each time I called, no one would give me their last name or direct number, or put me through to a manager.”

Walter also called his bank, since he pays his premiums through a home bill pay service. As was the case with his previous cancellations, Walter’s bank confirmed that the money had been withdrawn from his account and sent to the insurance company in plenty of time. His bank even took part in a conference call to provide proof.

Instead of reinstating Walter’s insurance, the company told him that his case was being sent to another department for review. In the meantime, they sent a cancellation letter stating that there were no provisions in his policy for reinstatement. Nearly six weeks passed, with no word on the outcome of the review. Walter’s repeated calls went unanswered.

“It’s a David and Goliath situation,” Walter said. “It’s really stressful. They cancelled my policy during a period of time when my health was shaky, and the stress of hearing that my insurance was cancelled was almost unbearable. I was so fatigued – I was tossing and turning all night. I had such a feeling of helplessness. Being HIV+ without health insurance is an intimidating thing.” 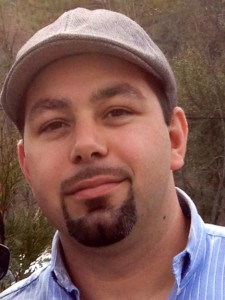 Unable to get any results on his own, Walter turned to ALRP for help. ALRP connected him with Panel attorney Alex Taheri, who works at the office of Guy Kornblum & Associates. After getting the facts from Walter, Alex drafted a demand letter and called the insurance company to ask where he should send the letter.

After that call, things quickly turned in a different direction.

“I had a substantial conversation with an insurance representative when asking where to send the demand letter,” said Alex. “I let them know that this was their last chance to resolve the issue, and after that we’d have to file suit. I described the bad faith ramifications of their actions and explained how they really didn’t want to be sued. All of our documents clearly refuted their reasons for denying Walter.”

Only two days after sending the demand letter, Alex received a call saying that Walter’s policy had been reinstated. The allegedly missing payment no longer seemed to matter. “They brushed the payment part under the rug,” said Alex. “The representative told me, ‘It looks like there was a mistake and we’re so sorry for the misunderstanding.’ Doing pro bono work like this is very gratifying. It’s so rewarding to work on a personal level and help a client like that.”

Walter’s case highlights the significant impact of having an adept legal advocate. Although Walter attempted to negotiate with his insurance company himself, they refused to reinstate him or even communicate with him. It wasn’t until they realized that Walter had legal representation that he was able to move forward.

Walter hopes that his win will benefit others as well. “I feel that we did the right thing by going up against Goliath,” he said. “It paves the way for other people who might be in a similar situation. If I hadn’t gone to ALRP and gotten a referral to someone who could help me, I would probably be without insurance today. In my hour of need, ALRP really came through for me. It was so empowering.”