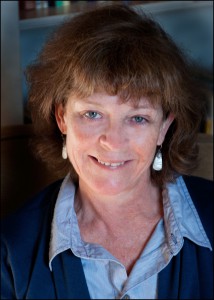 When Angela Bean agreed to take on Mario’s immigration case, she knew it was going to be complicated. Mario was a Cuban immigrant who had come to the United States via boatlift in the 1980s. He was an HIV+ gay man in his late fifties, and had an unclear immigration status. Over the last several years he had been referred to multiple immigration attorneys but due to his very low income and a series of personal problems, he had been unable to make a connection.

Angela met with Mario and liked him immediately. “There was no saying ‘no’ to him once we met,” she said. “He’s a wonderful person. He has a very optimistic disposition. He didn’t minimize any of his past problems, which I felt showed that he had a lot of integrity. He seemed to understand that his case was problematic—although nobody, including the judge and the government-appointed attorney, could understand exactly what the problem was. He’d been to court several times pro se, and the judge kept asking the government questions that nobody could answer. It turned out to be extremely complicated.”

“I’ve dedicated my life’s work to being an immigration attorney,” Angela said. “It’s thrilling and I love it. The rewards are very high—you can make a deep connection with your clients because cases can take years, so you know people through the ups and downs of their lives. No matter what, as long as you do your best and you really care, you know that you’ve made a difference, even if the outcome isn’t what you thought it would be.”

Angela earned her law degree at Golden Gate University School of Law in 1983. She was a Revson Fellow with the Women’s Law and Public Policy Program at Georgetown University, and then a fellow for the Mexican American Legal Defense and Educational Fund, where she advocated for Chicano rights in Washington, DC. She came away from her experiences passionately interested in a career in immigration law. She chose to become an ALRP Panel attorney because “ALRP understands the unique issues that LGBT people face as immigrants,” she said. “Their clients know they’re in a safe, loving environment and will receive good legal services. That combination is unbeatable.”

Angela’s extensive research showed that Mario had applied for asylum, based on his anti-communist views as well as being gay, upon landing in the United States. However, his application had never been adjudicated, he needed certain waivers, and he had eventually ended up in removal proceedings. “It took us forever to realize that his case had been referred back to the court in the 1980s,” said Angela. “We finally got his file to court and the judge ruled that the criminal problems he had were not significant enough to disqualify him from the discretionary relief of asylum, so she granted him relief and he’s safe in the United States without any need for an appeal. It was a team effort in my office. Many people worked on this case and were committed to helping him—Mario made a lot of friends here.”

Mario’s life is now more stable. “He no longer has to worry about being deported and he has better access to medical care,” said Angela. “He’s permanently authorized to seek employment, and he’s recognized as a bona fide member of society who has sanctuary in the United States.”