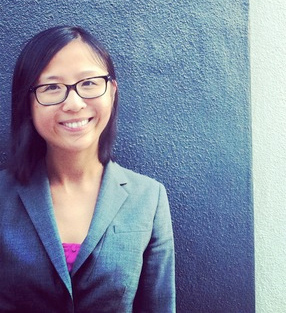 ALRP client Carlos was living in a homeless shelter and grappling with serious HIV-related health issues when ALRP referred him to Panel attorney Ting Chen. A Mexican citizen, Carlos had applied for asylum through the San Francisco Asylum Office in 2002 because he had been a victim of anti-gay violence in Mexico. But since then he had moved multiple times and never found out if his application was accepted, despite his best attempts to update his address with the agency.

You might think that finding out a client’s asylum status would be as easy as making a phone call—and perhaps would not even require an attorney—but it’s not that simple. The usual procedure for a case as old as Carlos’ is for an attorney to file a Freedom of Information Act request to obtain the information, a process that can take months for clients who are not in immigration court proceedings. After she met Carlos and heard his story, Ting knew he couldn’t wait that long. Carlos needed someone to cut through the red tape.

Ting had recently attended an American Immigration Lawyers Association meeting at the San Francisco asylum office and found the director to be very approachable. “I thought Carlos’ case was sympathetic enough that if I contacted her directly she might be able to get me information more quickly,” Ting said. “It can help to know people in higher positions. I emailed the director a few times, and within two weeks, we got word of Carlos’ status. It turned out he’d been granted asylum but his letter was returned by the post office because he’d moved. Within two more weeks, Carlos had received a copy of his approval notice. He’s had so much to worry about every day—finances, his health, getting enough food—very basic things that you and I don’t have to think about. Now he’ll be eligible for more services, and he won’t have to live in fear of being deported.”

Ting’s experiences as an immigration lawyer have opened her eyes to the complexity of her clients’ lives. Like Carlos, many of her clients are living very tenuously—staying with relatives while fleeing domestic violence, or struggling to pay for food. “I’ve come to understand that being a lawyer is not just about writing legal briefs or arguing before a judge,” she said. “I’ve seen how much we need social workers to help support our clients. People ask me every day about how to get their Social Security cards, how to get jobs, what to do if they can’t pay child support…as a lawyer you’re in a unique position to effect change, but it’s great to realize where your limitations are and to build up connections with other people in the community, like social workers and therapists, who can help your clients.”

Unlike many attorneys who have taken a circuitous route to their areas of expertise, Ting knew she wanted to do immigration work while she was still at Harvard Law School. “I’m an immigrant myself,” she said. “I came to the United States at age 9, and being in a new country and learning a new language had a big impact on me. I was lukewarm about law school at first, but I worked on immigration cases in the clinic at law school, and that had a huge impact on me. For the first time I felt that being a lawyer could mean something to me, and that I could incorporate my identity as an immigrant into what I did every day.”

Ting logged over 1,000 hours of pro bono work while a law student, including many hundreds of hours of asylum work. Upon graduation, she considered jobs at large law firms, but ultimately moved to the Bay Area and started her own law practice focusing on immigration and nationality law.

“I think having legal status is a form of empowerment for many people,” Ting said, reflecting on her cases. “Even if there’s no immediate material change in their economic circumstances or living arrangements, I think there’s a lot to be said for not living in the dark.”