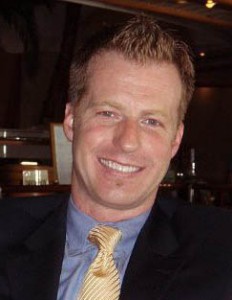 “Volunteering has always been a part of my life,” said Robert Millar, ALRP’s Board Secretary. “My father was recently voted Man of the Year for his many years of community volunteer work, so for me it’s second nature to become involved in my community. Because I’m unable to take on pro bono projects, ALRP is my opportunity to volunteer in the legal field.”

Robert has thrown himself wholeheartedly into his volunteerism with ALRP. He’s an outstanding fundraiser—while participating in the 2012 AIDS Walk, he helped ALRP dramatically increase the number of walkers and our overall revenue from the event to over $25,000. He also personally raised nearly $5,000 and was one of the top 25 walkers for the entire AIDS Walk.

Robert developed a unique appreciation for the need for ALRP’s services because of his experiences in the military and in law school. Robert put himself through college at Seattle University by joining the Army’s ROTC program. When he graduated, he went straight into the military as an officer at Fort Sam Houston in San Antonio, Texas, where he eventually obtained the rank of captain and served as an executive officer for the Assistant Surgeon General of the U.S. Army.

“I came out while I was still in the service and living in San Antonio,” he said, “while the Don’t Ask Don’t Tell policy was still being enforced. I say that I came out, but I didn’t tell everyone. What made me think that I, as a gay man, could serve in the military during Don’t Ask Don’t Tell? Part of it was that Fort Sam Houston is the ‘home’ of Army medicine, where all service members in medical careers are trained. I believe this branch of the military tends to be slightly more liberal and open-minded than other branches.”

During that time, Robert was introduced to Mark Wolf, a playwright and actor who was working on a one-man show called Another American: Asking and Telling. He was interviewing people about their experience of being a gay military service member. His interview with Robert ended up becoming the introduction to the play. “I went back and saw the play again recently,” Robert said, “and realized I had forgotten how hard it was to serve during that time.”

After his service career, Robert went to law school at the Catholic University of America—another institution that was not supportive of openly gay men. “I’d wanted to practice law like my father,” he said, “and it was 1998, the era of the big phone company breakups. I decided that I wanted to practice in the area of technology and communications law. At the time, Catholic University had the only telecommunications law program in the nation. Unlike the Jesuit university where I obtained my undergraduate degree, Catholic University was not open-minded with regard to LGBT issues. But by this time in my life, having come out only a few years before starting law school and having served in the military under Don’t Ask Don’t Tell, I was already used to separating my private and professional lives. So I went to Catholic University, and right after I arrived the new president eliminated all the LGBT organizations on campus. I admit that I wondered at the time, ‘What am I doing here?’”

While at Catholic University, Robert worked for an FCC commissioner, clerked for a judge in Boston, and served as the editor for a communications law journal, paving the way for his career in telecommunications law. Now that he’s a telecommunications attorney, his days of having to live in the closet at work and school are over, but not forgotten. “Serving under Don’t Ask, Don’t Tell affected me,” he said. “It would affect anyone. But if you don’t know any other life you don’t know how it could be different. Even now, discussing the end of the Don’t Ask Don’t Tell policy sends chills up my spine. I am so thankful that men and women can openly serve their country and be accepted for who they are. It’s terrible to think that 30 years into the AIDS epidemic, many ALRP clients live in fear that their HIV status will be discovered and they will face discrimination as a result. I understand that fear.”

At ALRP, Robert’s contributions help us serve people who are still undergoing discrimination for being LGBT or HIV+, and that’s why he chose to join the Board. “Everyone deserves basic rights,” he said. “Everyone needs access to legal services in order to realize the promise of those rights. Sometimes just one letter from a lawyer can be enough to save someone’s job or prevent an eviction. That’s why we need ALRP.”

GRATEFUL: “The help from ALRP in my quest for long-term disability benefits was invaluable.”