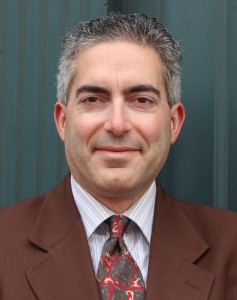 Panel attorney Shawn Matloob recently made ALRP history when he helped one member of a same-sex couple obtain a green card. It was the first time an ALRP immigration client had obtained residency based on a same-sex marriage. “It’s great that this is now possible,” said Shawn, who practices immigration law in San Francisco. “I was optimistic and hopeful that the laws would change, but I didn’t think things would change this fast.”

Shawn is an experienced Panel attorney, having generously assisted more than fifty ALRP clients either directly or by mentoring other Panel attorneys. He’s also made ALRP presentations to clients, caseworkers and community agencies. In recognition of his many hours of service, ALRP will honor Shawn with the 2015 Attorney of the Year award in October. “There is definitely a need for ALRP in the community,” Shawn said. “They do a great job at matching clients with attorneys. HIV+ clients go through so many challenges that other people don’t—they need assistance with their legal issues so they can prioritize their health.”

Shawn has heard the stories of many immigrants, but few can top his own. He was born in Iran to a Jewish family, and after the 1979 Iranian revolution, he watched as nearly every member of his extended family and all his friends fled the country. “I felt like I was a stranger in the city I was born in,” he said. “The war had been going on for years and there was no end in sight. My father was a neurologist and didn’t want to leave, but when I was 12 years old, my uncle and aunt left for the United States. I was very close to my uncle, so I asked my parents if I could finally go too.” When Shawn’s mother was forbidden to leave the country, the family had to stay. But Shawn didn’t give up his dream, and two years later his parents agreed he could leave Iran on his own and join his relatives in Southern California.

Because Shawn’s parents had been forbidden to leave Iran, he couldn’t obtain a passport. Instead, at age 14 he left with the same smugglers who had previously taken other friends and family out of the country. “I wanted to leave so badly, but I had no idea what was coming,” Shawn said. “Based on what a friend told me, I thought I’d be in Los Angeles in a few weeks. I never thought it would take a year. If I’d known that, I might not have given my parents hell for two years to let me go. But I’m glad I didn’t know, because I don’t regret it now.”

The first night, the smugglers led Shawn through the desert. “I was so tired and thirsty that at one point I got so fed up that I started running away,” he said. “One of the smugglers caught me and gave me the best slap I’ve ever gotten.” The group made it to Pakistan, where they spent a month and a half, and then went on to Vienna for 10 months waiting for their applications for refugee status to be approved. Shawn started taking English classes while in Vienna, then arrived in Los Angeles, where he attended high school and then community college before transferring to UC Berkeley for a bachelor’s degree in political science.

Shawn’s uncle suggested he consider a law degree, and the idea stuck. Immigration law was a natural choice. “I had volunteered at every opportunity before law school,” Shawn said, “including volunteering with the La Raza Citizenship Clinics in Oakland, so I knew for sure I’d want to do immigration law. As a refugee, in a family where almost everyone is an immigrant, I wanted to be an immigration lawyer to give back.” He earned his law degree at Hastings College of the Law in 1999.

Sometimes Shawn shares his story with clients, especially those who are helping nieces and nephews. “I tell them how much I appreciate what they’re doing for them because that’s what my uncle did and I’m always eternally grateful to my uncle,” said Shawn. “Every year on the anniversary of my entry to the United States I call to thank him. And because I left Iran on the first night of Rosh Hashanah, and spent the first two nights in the desert, I always try to spend Rosh Hashanah with him and publicly thank him and his wife in front of the rest of the family. I wouldn’t have the life I have today if it weren’t for him.”