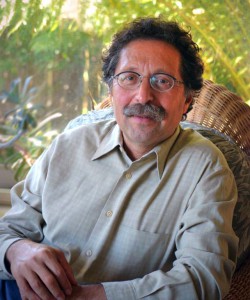 Frederick Hertz, Esq.
Connected with ALRP since 1983
Attorney and Mediator
Founder, Donor, and Former Panel Attorney and Board Member

After graduating from law school in 1981 and working in a clerkship for a year, Fred returned to the Bay Area and joined BALIF. “It was that summer when stories of gay men getting sick and dying were in the newspapers,” he said. Several BALIF members—Gary Wood, Steve Richter, Carl Wolf and Fred—discussed the situation in a restaurant after a BALIF meeting. “One of us said, ‘We should start making a list of lawyers who can do wills,’” he remembered, “and we put together a list of about 15 gay and lesbian lawyers who would help. That was the seed of ALRP.”

It was an all-volunteer effort at first. Steve let them use his phone number, and he and Gary set up a phone tree. Fred, whose training was in environmental law, learned how to do simple wills and handled management tasks. They let San Francisco General Hospital know about their plans so patients would know whom to call.

The need was great, and their efforts took off. Those early years were a blur of decisions—becoming a subcommittee of BALIF, partnering with the Bar Association of San Francisco, hammering out whether all clients with AIDS or only indigent clients would be served. In those chaotic times there was a constant blur of the faces of clients, friends and colleagues who were succumbing to AIDS.

But a client who still stands out for Fred was a young man who was refusing to let his seven sisters visit him in the hospital because he was so afraid they would lock out his lover and take over his last days. After Fred came back with his will, the client felt safe in bringing his sisters back into his life.

“Helping people who were dying with the practicalities of life and their relationships to their friends and family gave meaning and importance to my legal skills,” said Fred. “From the first will I did for a dying man I felt that while I couldn’t keep him from dying, and I couldn’t bring an end to this disease, in some small way I could be helpful during this deluge of pain.”

In the meantime, Fred was struggling to find work as an environmental lawyer. “I quickly realized that people were frequently expected to do environmental law for free,” he said, “but real estate law was something people would pay you to do. Because I wasn’t able to meet my social value needs through my daily work, I developed my own model where I made a living doing real estate law, and then used the money I made from that to enable myself to do volunteer work.” During his first 10 years as a lawyer, he put about 20 hours per week into AIDS volunteerism, which cemented his life path. He continues to split his time, now spending approximately two-thirds of his work week on paid work, and the rest on volunteering.

Fred’s model continued to evolve. Because of his real estate expertise, he began working with gay and lesbian couples who were breaking up and needed someone who could untangle their complex legal issues. He eventually expanded that to working with any couples, families and friends who needed assistance with dissolution and division of money and property. Five years ago he stopped litigating and became a mediator for those same types of clients. He describes his mediation style as “bringing rationality into high-conflict situations,” a style which certainly must have been forged during his ALRP days.

Fred remains involved with ALRP as a donor. “I’m so proud of ALRP because it has evolved as the disease has changed,” he said. “Now that HIV/AIDS is more of a lifetime problem rather than a dying problem, it’s wonderful to see the way the organization is still galvanizing volunteer energy to meet legal needs—and that the way they’re doing it has evolved in such a healthy and vibrant way.