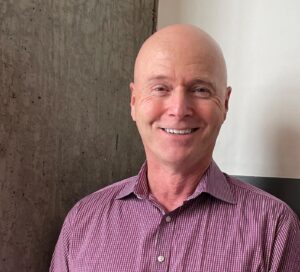 As ALRP stands on the precipice of 40 years, another long-time superstar is making a momentous transition. Former Board Co-Chair and Panel Attorney Tom Burns is wrapping up his practice.

A transplanted Midwesterner at heart, Tom Burns has a cultivated a deep-rooted history with ALRP.  Tom is one of those people who quietly, unassumingly, leads by example.  For three decades, he has run his own law firm assisting thousands of individuals, families, and small businesses with their financial issues. He is a graduate of Ball State University in Indiana, and Golden Gate University School of Law.

Now that he is closing his law practice this year, we asked him to reflect on how it all started. “I kind of just fell into this work,” he states. “ALRP is near and dear to my heart. They do so much good,” he shares, adding:

“ALRP is near and dear to my heart. They do so much good.”

We know that success rarely happens in a vacuum.  And Tom’s contributions to ALRP in particular are almost immeasurable. Tom along with others tended to ALRP through the early stages of the HIV epidemic, when local attorneys were tapped to assist thousands of people with drafting Wills, estate documents, and medical directives.  This same circle of attorneys also grew our fledgling programs by diligently forming committees, hiring staff, and hosting community fundraisers to support the work.

For Tom, Board service at ALRP was a perfect way to utilize his management skills and to give back to the community. Tom volunteered for 12 years on ALRP’s Board of Directors in the late 1990s, and served as Co-Chair during the hire of our current and longtime Executive Director, Bill Hirsh who quips, “Well, if anyone has any problems with my tenure with ALRP, you can blame Tom, because he helped hire me!  Tom is one of those individuals whose breadth and depth of service makes ALRP such a special organization. Truly, to see a volunteer so dedicated, so engaged, so generous is rare. We wish him all the best in this next phase.”

Given his lifetime of service to the HIV/ AIDS community, Tom received the ALRP Clint Hockenberry Award in 2011 – our highest honor.  In 2018, it was also fitting to confer our James C. Hormel Philanthropy Award to Tom for his investment in our work through philanthropy, volunteerism, and leadership by example.  Even after his time on the Board, Tom continued to volunteer as a Panel Attorney for another 14 years, training countless law clerks and attorneys, while assisting our clients with bankruptcy filings — often releasing them from years of crushing debt.

“It holds appeal,” he shares, “when clients are taking control of their situation and coming up with a plan to resolve their problems. It’s a big relief.”  Tom is one of the most cool, calm and collected people you might ever meet – and this natural disposition is critically important to his clients who need help navigating a stressful transition and the opportunity for a fresh start.

One particularly memorable client case involved Paula, who had built up credit card debt over a period of time which was relatively manageable for her.  When she became disabled and unemployed, her income changed dramatically, as well as her ability to keep up with debt. Creditors can be relentless about collecting on debt, and in this case began making endless phone calls, sent threatening letters, and finally filed a lawsuit against Paula.  Worst of all, this kind of harassment came from multiple creditors at once. When Paula first connected with ALRP, she was tired and frightened and did not know what to do. The stress was taking a deep toll on her health.

In layman’s terms, a person is “judgment proof” when it makes no sense for a creditor to take that person to court because even if the creditor wins the suit and obtains a judgment, the creditor will not be able to collect.  For Paula, filing for bankruptcy to get protection from creditor harassment offered a big relief and lifted a huge burden off her shoulders.  Tom was there every step of the way to explain legal terms and provide reassurance about the process and what to expect. Given his gentle demeanor, it is easy to see why clients are so glad for his help. Best of all, the legal assistance Paula received resolved her case and allowed her to prioritize her health again.

We look forward to discovering what comes next for Tom.  You may run into him at New Conservatory Theater or find him growing vegetables in his impressive garden. ALRP remains beyond grateful for his affable friendship, his focused expertise and enduring goodwill – it means everything to us.  Thank you, Tom!