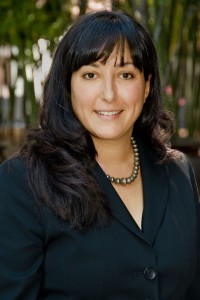 Laura Maechtlen was a music major in college, and she sometimes jokes with people that she went into a career in the law because it was less competitive than one in music. Looking back, however, it has been no less satisfying. “I heard Justice Sonia Sotomayor speak recently,” said Laura, “and she said that if you’re a lawyer and you’re not happy, it must be your own attitude standing in your way. And I agree. As a lawyer, you can use the tools you’ve been given in so many ways.”

Even before she entered law school Laura had been active in the community. As a double major in political science, she had been active in student government, worked in nonprofit agencies, interned at the ACLU, and worked on college retention programs for students of color. She went into law school with the intention of doing nonprofit work, and then quickly realized how difficult it would be to get a public interest law position. “But then I learned about employment law,” she said, “and I really took to it from the beginning. The factual patterns are intriguing and there’s constant change and new developments in the law, so it keeps me interested. I fell in love with it.” Laura now practices employment litigation as a partner at Seyfarth Shaw LLP.

But Laura had not forgotten about public interest law. In 2005, she had two friends on the board of ALRP who knew she wanted to get involved with nonprofits again and have a chance to contribute her legal expertise in a different way. “They told me ALRP was a great organization and asked me to come to a meeting,” Laura said. “ALRP Executive Director Bill Hirsh and ALRP Development Director Jim McBride were so organized and professional from the get-go that they didn’t have to do any convincing. They made it really easy to participate, and so I joined the Board.”

Laura also joined ALRP’s Panel, taking on and supervising cases, including asylum cases. “We recently filed an asylum application on behalf of a 19-year-old gay man who was recently diagnosed with HIV,” she said. “His case was a very personal one for us. And this type of pro bono work is so useful for our junior attorneys, because it’s great training, they get to interact directly with the client, and it teaches them how to be proactive and drive a case forward. And ALRP is so well-managed that if they bring us a pro bono case, I know it’s going to be well thought-out and organized, and we can run with it.”

In recognition of her work, Laura was named Seyfarth Shaw’s Pro Bono Partner of the Year in 2010, and was honored in 2011 as a “Rising Star” by Super Lawyers Magazine in Employment Litigation, and as one of the country’s “Best LGBT Lawyers Under 40” by the National LGBT Bar Association.

While Laura is no longer a Board member, she remains an ALRP Panel attorney and donor. “It’s an organization that’s done it’s homework, and that’s why they’re a success,” she said. “One of the reasons I donate is because the ratio of money donated to money that goes into direct services is very high. They use their money well, and have a very lean organization. I’ve sat on their board and served on its Executive Committee, and I really respect their decision-making and know they’re going to do good work with my donation.”

Laura’s pro bono work with ALRP is part of what makes her happy in her law career. “Especially for attorneys like myself who work in a large firm, volunteering with ALRP allows me to be an advocate for people rather than institutions,” she said. “I get to have direct client contact and see my ability to be an advocate on behalf of someone—I can see the difference I make in peoples’ lives. That’s the beauty of how pro bono work gives us a different way to interact with people and the law.”