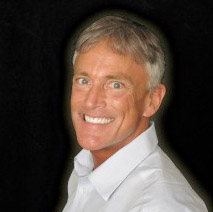 When John Fasesky, ALRP Staff Attorney, meets his clients, he’s modest but upfront about his personal story. He tells them, “I’m HIV positive, I’ve been in the system, I know where you’re coming from. And I want you to know that I understand your frustrations.”

Of course, those few words can’t fully encompass John’s personal journey through the AIDS crisis, which led him from working as a word processor to becoming a lawyer. He found out he was HIV+ when he was 25 years old and working in a small law firm as a word processor. For a long time, his diagnosis didn’t affect him too much. He went on to become a legal secretary, and worked with the same family law firm for 12 years. “Eventually I was everything but the attorney in that office,” he said. “I was the secretary, office manager and bookkeeper. And then the attorney was diagnosed with leukemia, and my health deteriorated and I had to go on disability. With both of us gone, the office closed.”

For someone else, that might have been the end of the story. But people who know John know him for his quiet, enduring persistence. While on disability, he read about the HIV Reentry and Empowerment Project at the now-closed New College of California School of Law. For quite a while he’d been considering becoming a lawyer. This seemed like a good time to go for it. He graduated after three years, in 2001, despite the fact that his partner died during that time, and he then became the legal guardian of his partner’s youngest daughter and raised her.

John’s health prevented him from moving forward with his professional plans and instead he went on to build a successful part-time business in mortgage notary work during the real estate bubble. It paid well enough, allowing him to supplement his SSDI benefits without jeopardizing his health. He also volunteered in the AIDS community, and earned ALRP’s Notary of the Year award in 2001. Through the next decade his HIV medications were working and his health improved. He told himself maybe it was time to take the bar exam. “It just looked so stressful,” John said. “But I thought I should do it, even if I decided I didn’t want to practice, so I’d have my license.”

And then all the pieces of John’s life began to come together. He took the bar exam, which he described as the single hardest test he’d ever taken, emotionally and physically. A few months later, he began volunteering in the ALRP office, providing notary services and program support for the HIV Consumer Advocacy Project. “Then I was hired by Bill as a law clerk,” said John, “and I thought how ALRP would be the perfect place for me to start practicing law if I passed the bar. I didn’t even tell anyone I’d taken it because I didn’t want to walk around humiliated when I didn’t pass it.” So certain was he that he’d failed that John didn’t even check the results when they became available online. When the congratulatory letter came in the mail, he could hardly believe it.

Of course, no one who knew John was surprised at all, and he was soon hired as an ALRP staff attorney. “I was very pleased to be offered the job and to get out of the SSDI system and move back into life in my early fifties,” he said. Now John practices law at ALRP, handling an array of civil legal issues such as small claims actions, public benefits, credit issues, and wills and powers of attorney. He also conducts outreach workshops all over the Bay Area to clients and service providers, helping to ensure that everyone in need of ALRP’s services can access them.

“I work very hard for my clients,” said John. “I don’t want to leave one stone unturned. I always think of the rule of professional conduct, which is to zealously advocate, and so I always go the extra mile. I know that, whatever I do, I have to be determined to see it through. I want to make sure that my clients know that at ALRP they can count on us to get them the help they need.”