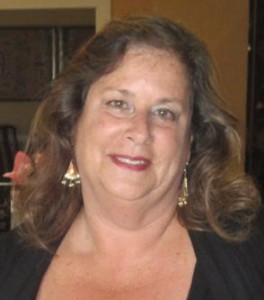 Janet Seldon has been involved with volunteer legal services programs for her entire professional career. But ALRP still stands out for her. “ALRP is not like any other project I’ve worked on,” she said. “I think it’s because of the toll that the AIDS epidemic took, and how we all helped each other get through it.”

Janet’s path to becoming a lawyer at the epicenter of San Francisco’s AIDS epidemic was accidental. She had written her own major in women’s studies at CSU Humboldt in the 1970s, before women’s studies was an established degree. “It was an amazing time for me,” she said. “I came out, I was involved with the Humboldt County Rape Crisis Team, I started the battered women’s shelter in Humboldt County. And then I wondered what to do next.”

During a drive down to San Francisco to celebrate International Women’s Day, Janet’s friends encouraged her to consider going to law school. And then at the event, Janet came upon a table for New College of California School of Law, where she met Mary Morgan and Roberta Achtenberg. She said to herself, “If Roberta Achtenberg is going to be my dean, I’m going to that law school.” After graduation, she returned north, and spent some time as a “barefoot” lawyer (a lawyer without an office) in Humboldt County before joining the staff of the Volunteer Legal Services Program of the Bar Association of San Francisco (VLSP) as their “Special Projects Coordinator”.

ALRP had only recently been formed as a subcommittee of BALIF, and VLSP stepped up to help out. “My boss, Tanya Neiman, wanted us to get more involved with AIDS work,” Janet said. “So I went to the BALIF committee and said I’d help recruit more volunteer attorneys, since it was obvious they were going to need them. And since a lot of gay attorneys weren’t out at their jobs, it was a strategic way for them to get involved—they could volunteer through VLSP instead of BALIF. People were still being fired and discriminated against at their jobs for being gay, even in San Francisco.”

At that time the only ALRP staff members were attorney Clint Hockenberry and part-time assistant Rena Franz, making Janet’s assistance crucial. Eventually, half of her time was spent in support of ALRP, not only making presentations to recruit more pro bono attorneys, but working in the office planning wills trainings and supervising volunteers. The ALRP Panel increased by two-thirds in three years. “It was clear, by the number of responses that we got, that people wanted to help,” said Janet. “They would tell me how glad they were to be able to do this kind of volunteer work.”

When ALRP became an independent nonprofit in 1989, Janet joined the founding Board of Directors. She didn’t leave the Board until 2003, and even after that she has remained closely connected to ALRP and has served as the institutional memory for much of ALRP’s organizational history. “ALRP still does amazing work,” she said. “People with HIV/AIDS are still suffering, despite all the new drugs we have. And in many communities, they are still being marginalized. But people with HIV/AIDS will never be marginalized in our community because the dedicated attorneys at ALRP look after their rights. I think the fact that we have these attorneys to guarantee their rights speaks highly to the humanity of the Bay Area.”

Even though she’s no longer involved in ALRP’s day-to-day activities, Janet’s connection with ALRP remains strong. “I’m not on the Board anymore,” she said, “but I continue to be a donor. Partly it’s in memory of Clint. I was very close to Clint and his partner John. It’s very emotional—it’s like honoring family members who have passed away, and you do what you can to keep their memory alive. And part of it is that my time with ALRP was very formative for me. It was at the beginning of my legal career, around the time of the birth of my son, and it was a very profound time. I will never, ever be done being part of ALRP.”