From ALRP to the Kinsey Sicks 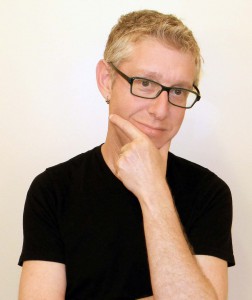 If you spend any time talking to Irwin Keller, you realize that his life has taken some unexpected turns purely by chance. One such chance led him to become the Executive Director of ALRP, and another led him to tour nationally as his alter ego Winnie, of the Kinsey Sicks.

But you also learn that Irwin has led a life of great intentionality and dedication as well, and perhaps in retrospect, he’s lived exactly the life he always meant to.

In the mid-1980s, Irwin was living in Chicago, attending college and participating in queer and AIDS activism. “I made this impulsive, secret decision to take the LSAT and apply to law school,” he said. “I wanted a piece of paper that would get me in more doors and allow me to make more change.” During that period he authored Chicago’s gay rights ordinance, which passed into law shortly after he graduated.

It was a difficult time for him, however, as he and other queer activists were regularly harassed. “It got to the point where I wanted to go somewhere where I didn’t feel like I was fighting all the time just to be me,” he said. After graduation, he went to San Francisco, intending to stay for the summer. He’s lived in the Bay Area ever since.

Instead of going into public interest law as he’d planned, Irwin went to work at a traditional law firm, where he received great legal training, but never felt like he fit in. He began doing pro bono work for ALRP in 1990, and eventually applied for a staff position but didn’t win the job.

Then in late 1992, Irwin bumped into ALRP Founding Director Clint Hockenberry on the street, and Clint suggested he should apply for another position at the agency. Irwin did, and he was accepted for the job just a few weeks before Clint died of AIDS. Irwin became the new Benefits Program Director, replacing Kristin Chambers, who became the new Executive Director.

“It wasn’t until I started at ALRP that I really began to enjoy my legal skills,” Irwin said, “because the thing I hated most in law practice was the hired gun nature of it, that my advocacy was on behalf of a paying client and not a cause. Once I was at ALRP I felt like I was doing both—I was representing clients but in a context of responding to injustice. When you’re facing illness, discrimination and financial problems, even asking for help can be intimidating, and being able to go to an organization that is there for you, for the kind of problems you’re facing, is a gift.”

During Irwin’s first years with ALRP, the agency was recovering from the loss of Clint Hockenberry. He still remembers how crucial Kristin Chambers’ leadership was to the entire organization. “It wasn’t just the staff who were grieving,” he said. “It was the board and the Panel too. And a lot of the other founders died in that period. Kristin carried the organization through this immense river of grief.”

Irwin served as the Benefits Program Director for two years, and then in 1996 he became ALRP’s third Executive Director. The hallmark of his tenure was the creation of in-house representational capability. “Looking back at it,” he said, “Kristin had to be both a stabilizer and an innovator. When I came in, I was able to think about what needs in our community were not being met and focus on methodical growth.”

Until Irwin’s tenure as Executive Director, ALRP offered no in-house direct legal representation; all client cases were handled by Panel attorneys. “There were areas where Panel attorneys were working within their specialties and we really relied on them,” he said. “But we also had this brain trust within the four walls of our office and in some areas we had more experience and knowledge than any of our Panel members.” During Irwin’s time as Executive Director, he established a hybrid model, expanding the capacity of the staff to handle cases but continuing to places cases with an ever-expanding network of Panel attorneys as well.

Irwin wasn’t missing his time at the law firm one bit. “For me to be able to do work that was of service to my community was huge,” he said, “I also had lost lots of people to AIDS, but not close people. With every disaster, there are the near misses, and I was a near-miss kind of person …I kept brushing close but not as close as this wave of people who were losing everyone. I felt like the fact that I was spared that level of loss obliged me to do the work that I could do. As the saying goes, ‘Service is the rent we pay for the privilege of living on this earth.’”

While the work he was doing at ALRP was hugely meaningful for Irwin, his days spent helping people who were losing everything were also exhausting. So it’s not too surprising that his life took another turn. One night in 1993, Irwin and three friends had tickets to see Bette Midler in concert and decided to dress up as the Andrews Sisters for fun. A promoter saw them and suddenly the four of them—all of whom had musical backgrounds—found themselves launching dragapella group the Kinsey Sicks. Irwin plays “Winnie,” a Jewish lesbian with an old-fashioned sensibility. The group went on to perform in an off-Broadway show, record eight albums, and tour internationally.

“Two of us were AIDS professionals,” he said, “And the Kinsey Sicks gave us some place to feel joy and continue to do the hard work during the day. And as much as the Kinsey Sicks gave me some relief, I think it was also relevant for ALRP. Once we took off and ALRP had a singing drag queen for an Executive Director it drew attention to the organization in a fun way that’s difficult to cultivate in an AIDS organization. And it certainly changed our four lives and changed the lives of everyone who has performed with the Kinsey Sicks ever since.”

Irwin left ALRP’s staff in 2000 to tour and perform full-time with the Kinsey Sicks, but ALRP is still in his heart. “I loved being the Executive Director of ALRP,” he said, “but I think I loved even more when I was the Benefits Program Director. As Executive Director, I didn’t get to talk to clients. But as a program director, you’re able to talk to a client on the phone and hear how hard they’re trying to convince you that they’ve been wronged, because they’re so prepared not to be believed, so prepared to be ignored. It meant so much to me to be able to say to someone, “I understand this problem, other people have experienced this, I know what you’re talking about, and I can help you.” It was huge for them, and for me, that I was able to say that, to say: I get it. And I can help.”