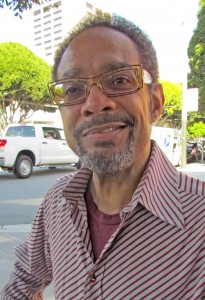 Whenever ALRP client Stokes first enters a space—the hallways of his apartment building, a city bus, a restaurant—only one thing crosses his mind. “Is this space safe for me?” In most situations, he must find out the hard way.

In addition to being HIV-positive, Stokes suffers from Chronic Obstructive Pulmonary Disease (COPD). This progressive and debilitating disease affects lung capacity and the ability to breathe easily. For Stokes, breathing is particularly challenging in closed spaces where others are wearing perfume, cologne, or scented lotions. If exposed to such products, he experiences immediate nausea, headaches, obstructions to breathing, and difficulty sleeping. These symptoms often persist for hours or even days.

The profound sensitivity caused by Stokes’ pulmonary disease is commonly referred to as Multiple Chemical Sensitivity (MCS). Because he has a disabling condition, the Americans with Disabilities Act (ADA) gives him legal protection and specifically states that individuals with disabilities must have equal access to public facilities.

Ironically, access to medical facilities has been one of the biggest challenges for Stokes. Although some medical providers have established explicit fragrance-free policies, few administer or uphold those policies. Many lack the knowledge or understanding to do so.

A recent visit to one of his medical providers typifies Stokes’ experience. Upon entering the doctor’s waiting room, he chose a seat in the back – away from the other patients. A few minutes later, another patient walked in and sat down in the chair next to him. To his dismay, the patient was wearing a strong fragrance. Stokes’ eyes began to water and he felt the onset of a headache. In a state of dizziness, he went to the counter and explained his disability to the staff. They had no idea what to do.

Although trained as a community mediator, his symptoms left him helpless to articulate his needs. Without sympathy or action from the office staff, Stokes informed them that he would be waiting on the sidewalk outside the office.

Disappointed by this episode and others like it, Stokes sought an ally in ALRP. Staff Attorney Ayako Miyashita quickly recognized that Stokes’ experience represented a significant opportunity for advocacy. Ayako is the Staff Attorney of the ALRP HIV Consumer Advocacy Project, designed to help clients access publicly-funded HIV/AIDS services in San Francisco, San Mateo, and Marin counties.

Importantly, Stokes did not seek to resolve his issue by taking legal action. Instead, he hoped that through mediation and education about his condition, the medical provider would institute lasting change to prevent the same situation from happening to others. Ayako agreed to help Stokes accomplish this goal.

Engaging the provider was slow at first. Ayako filed a grievance with the Patient Relations department, which then crept up to the legal department. When they learned that Stokes was protected by the ADA, the provider finally began exploring a resolution in earnest.

As a result of Ayako’s advocacy and Stokes’ perseverance, he has noticed a marked increase in his comfort level when attending medical appointments. He finally feels like he can go see the doctor just like anybody else.

This success has encouraged Stokes to engage in further self-advocacy. Recently, he signed up for a weekend-long conference and requested that a fragrance-free policy be instituted. Stokes was thrilled when the conference planners approved his request. Thanks to ALRP, Stokes can access necessary medical services and expand his horizons by enjoying an array of public accommodations. Both Stokes and ALRP are pleased to finally be able to breathe a sigh of relief.