Even Heroes Need a Hand 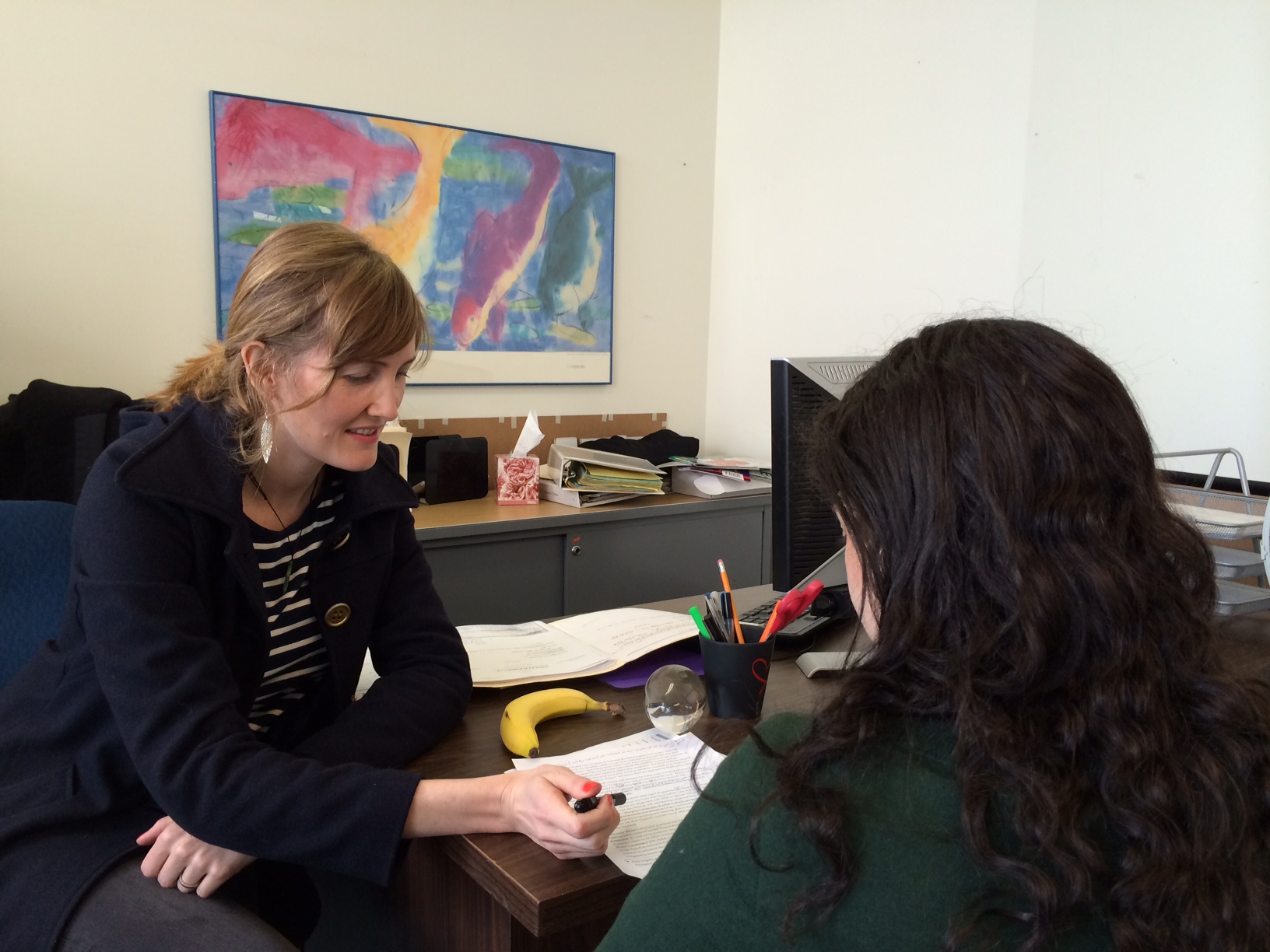 Last summer, Eloise* was contacted by her long-term disability insurer for the first time in two decades.  After receiving disability benefits for over 20 years, the insurance company called out of the blue to tell Eloise that her policy was being reevaluated.  This reevaluation would entail a several-hour long private interview at her house with incredibly in-depth questions.  Eloise has been living with AIDS and Hepatitis C for 25 years and is debilitated by liver cirrhosis that results in unbearable symptoms.  The stress of illness coupled with the stress of possible financial insecurity was overwhelming, putting Eloise’s access to housing and healthcare in jeopardy. Eloise’s case is just one in many that demonstrates how legal struggles often leave our most vulnerable clients feeling intimidated and insecure.  Luckily, ALRP was able to get Eloise’s life back on track.

Eloise has been an HIV/AIDS activist and educator for many years, traveling around the world, when her health permits, to teach teenagers about HIV risk reduction.  Eloise’s commitment to the HIV/AIDS community runs deep. She is involved with AIDS/LifeCycle, a charitable bike ride from San Francisco to Los Angeles.  Last summer, Eloise turned to her friends at AIDS/LifeCycle and they directed her to ALRP.

Eloise contacted ALRP initially inquiring about what types of questions her insurer could ask her.  “I had never had a private in-person interview with them before”, she explained, “and I didn’t know what to expect.” Eloise was diagnosed with AIDS in the late 1980s and suffered from long-term symptoms. She was also dealing with debilitating symptoms from Hepatitis C, including cirrhosis of the liver, fatigue, itching, cognitive difficulties, and a high susceptibility to bruising and bleeding. Before she was diagnosed, Eloise had a high-powered finance career that required constant travel. Her severe medical issues, however, left her permanently disabled. 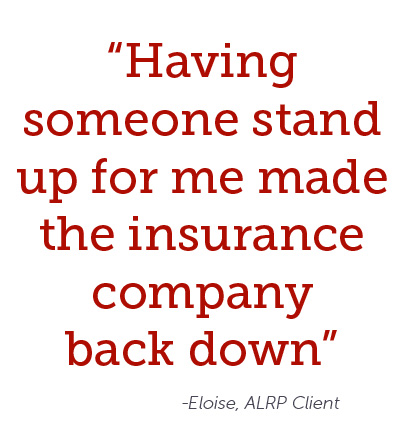 Fortunately, Eloise’s employer provided her with a private long-term disability insurance policy enabling her to support herself financially. In mid-2013, however, her insurance company began an aggressive review of her insurance claim in an effort to terminate her benefits.  The company’s reasoning was that Eloise’s HIV/AIDS education activities suggested she was no longer disabled and could therefore return to fulltime work.  “I know it’s their job not to pay me,” Eloise said, so the insurers overlooked the fact that her HIV education work was occasional and strictly relegated to times when she was physically able.

ALRP Staff Attorney Amy Orgain began representing Eloise and communicating with the insurance company on Eloise’s behalf.  “When people are on benefits for a long time,” Amy explained, “they often develop a relationship with their healthcare providers and stop reporting specific symptoms.  Insurers see this lack of updates as a red flag.”  What was particularly upsetting about this case was that Eloise had been very conscientious about helping her doctors maintain detailed medical records. “It was unfortunate,” said Amy, “that she was being asked to rehash her treatment history and provide inordinately specific details about her past employment when her records clearly showed she was in need of these benefits.” Amy procured letters from multiple physicians, secured medical records documenting the severity of Eloise’s symptoms, and negotiated for the interview to take place in the ALRP office rather than her home.

“Amy was very professional,” Eloise assured us, “and having the meeting at the office made me feel safer than letting strangers into my house.” Eloise was still experiencing excruciating symptoms during the appointment and could barely sit through the two hour interview.

Luckily, Eloise and Amy’s hard work paid off. The insurance company decided to cease the review of Eloise’s claim, and issued a letter in December of 2013 confirming that she was indeed disabled under the terms of the policy. “Amy was absolutely fabulous,” she exclaimed, “and made me feel confident.  Having someone stand up for me made the insurance company back down.”

*Despite being an HIV/AIDS educator and advocate, the stigma of HIV is still a very real and serious problem.  In an attempt to preserve her anonymity, the client asked that we not use her real name.