Client’s Housing Saved Thanks to ALRP 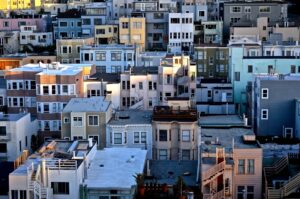 “Jorge” had lived in his apartment for over a decade when a new landlord bought his property. Having had a good relationship with his former landlord, Jorge was distraught when problems with his new landlord began.

First, the landlord refused to accept rent payments directly from Jorge. The landlord later sought to increase Jorge’s rent to market rate—even though Jorge’s rate was protected under the San Francisco Rent Ordinance. The landlord further attempted to restrict Jorge from having roommates, despite the fact that Jorge’s lease clearly stated up to three tenants could reside in the home. When Jorge learned that his landlord had filed a petition with the Rent Board to determine that he was not actively a tenant, he came to ALRP for help.

Supervising Housing Attorney Patti Shnell successfully represented Jorge at his hearing before the San Francisco Rent Board. Although it typically takes six to eight weeks to receive a decision in this kind of case, the judge issued a decision merely two weeks after Jorge’s hearing. The judge found that Jorge was an established tenant under the law and that his landlord could not increase his rent outside the boundaries of the law.

Jorge was especially nervous about the ongoing and increasingly contentious issues with his landlord. He was extremely relieved that his rent would not be raised to an amount that he could not afford and that he could continue to have roommates.

“Jorge was understandably intimidated and anxious about his new landlord’s illegal and unfair attempts to interfere with his long-term tenancy. I was happy to be able to explain his rights to him and give him the support and expertise to fight against the petition. Today Jorge’s home is secure, and he feels empowered about his right to remain in his unit, despite the change in ownership.”