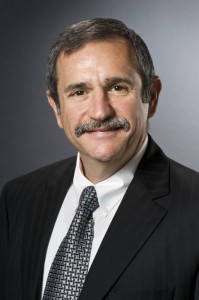 Carl had only been in practice for four years when the AIDS crisis struck. He’d passed the bar in 1976 and moved to San Francisco, where he spent some time working in public interest law before finding a position with a personal injury medical malpractice firm. When BALIF formed, he joined the Board, excited to be part of a gay and lesbian lawyers group.

But in 1980, everything began to change. “We were at ground zero of the AIDS epidemic,” he said. “That year, gay men that I knew started getting a ‘strange blood disease.’ It was clear that something horrible was happening in the community. All of a sudden healthy, vibrant young people were getting very, very sick and dying in a short period of time.”

A few members of BALIF formed a subcommittee to offer help to the dying. “Steve Richter, who later died of AIDS, got out a legal pad and wrote down the names of people who were willing to volunteer,” Carl remembered. “It was obvious that something needed to be done. We were openly gay lawyers, and we wanted to help. And of course, the initial response had to be helping people get their estate plans in place because their deaths were imminent.”

As the epidemic surged and became identified with gay men, new legal problems arose—discrimination in housing, employment, health care and more. The need became so great that BALIF committed funds to hire Clint Hockenberry and Rena Franz to run the program. Carl joined the ALRP Board, he donated to the cause, and he volunteered his time.

“People were just dying,” Carl said. “There was no effective treatment. It was relentless. My law partner and I would go to Ward 5A at San Francisco General Hospital to help a 19-year-old who would be dead in 24 hours. We’d just try to keep our composure in the hospital room. I personally knew at least 250 people who died, from acquaintances to colleagues to close friends. The grief and terror were so overwhelming that there were times I’d say, ‘I really cared about this person, but I cannot go to a third memorial this week.’ And all of us were vulnerable too, and a good percentage of us were also infected. Back then, it was the sick taking care of the sicker.”

In 1996, when protease inhibitors became available, the face of the epidemic changed. Carl and his colleagues could finally catch their breath, and be hopeful again. In 1983, Carl and Vivian Hammill established their own legal partnership—the first Bay Area law firm headed by a lesbian and a gay man. Ten years later, when Vivian moved to Montana to become an Assistant Attorney General and later the Governor’s Chief of Staff, Carl formed a new law partnership with Boone Callaway. They’ve been practicing personal injury law for two decades now, as Callaway & Wolf

And Carl has been an ALRP Panel attorney for thirty years. In recognition of his tireless work on behalf of others, he received the Wiley Manuel Award for pro bono services from the State Bar of California and the Clint Hockenberry Award for his long-term service to ALRP. He was also named by Northern California Super Lawyers magazine as one of the top personal injury attorneys in Northern California for 2010.

“Looking back, it’s totally amazing how ALRP has grown and changed to meet the needs of people who are now surviving with HIV,” Carl said. “Thank goodness ALRP is there to help people live with this life-threatening illness in a more safe and meaningful way, and that it’s changed with the times, so we’re helping people with legal problems that weren’t even in the picture in the early part of the epidemic, like immigration and tax law. I’m very proud of ALRP’s service to the community. The organization became the model for legal service providers for people with HIV for the entire world.”

When he thinks about the direct impact of ALRP’s work on individual lives, Carl likes to say that “It’s amazing how one lawyer’s involvement can make a difference.” When you look at Carl’s track record, and see the ripple effect of what’s he’s accomplished, it’s amazing indeed.