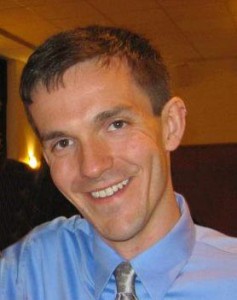 While he was earning his undergraduate degree at the University of Georgia in Athens, ALRP Board member and Panel Attorney Adam Podowitz-Thomas worked as an HIV counselor, and it was the plight of one of his clients that pushed him towards a career in law. “My client was dropped by his insurance company after being diagnosed HIV+,” Adam said. “I was so horrified by it. I became dedicated to making sure this didn’t happen to anyone else in the future.”

Adam’s HIV work took a detour while he was attending Stanford Law. A stint at Stanford’s Environmental Law Clinic gave him the opportunity to take on cases under the supervision of an experienced lawyer. “I had a case on behalf of a Native American tribe that was trying to prevent the building of a power plant on federal land that they held sacred,” he said. “I got to work with really passionate clients and it was a great experience. I’d always thought I’d practice HIV and sexual orientation law, but I realized I was too emotionally invested. It just hurt too much if I lost a case. I’m able to have a little more perspective with environmental law and that’s good for my sanity.”

After graduating from law school, Adam and his now-husband settled in Oakland, and he took a position with Latham & Watkins where he is an Environmental/Litigation Associate, helping his clients make certain that environmental reviews, water and air permits, and cultural resources are being handled appropriately.

Pro bono work is part of the Latham & Watkins culture, so Adam has had a chance to get back into HIV/AIDS law lately, by volunteering his time with ALRP. “A colleague suggested I get involved with pro bono,” he said, “and from there, other lawyers in our firm started referring me to ALRP. They said that ALRP is really organized and provides great support on cases, and I’ve found that to be true. Everyone there is obviously so passionate about their work.”

This year, Adam took on a case for an ALRP client from Mexico who was verbally and physically abused as a child by his father, brother and classmates for being gay. The client had already been in the United States for 10 years but like a lot of immigration clients Adam has seen, he had been too afraid of the system to try applying for asylum. “He was well past the one-year deadline when I met him,” said Adam, “but he had been recently diagnosed as HIV+, which is an ‘exceptional circumstance’ that reopens the asylum window. That gave him another year to apply. We’ll have to prove that his country of origin discriminates against people with HIV, but that’s not difficult to do.”

Adam has taken a particular interest in asylum cases. “These are clients who are living in hiding and fear in this country,” he said. “HIV is stressful enough with the medication regime and all the implications it has in your personal and professional life. The last thing they need to worry about is not being able to talk to the police if they’re victimized, or not being able to get a legal job, or not being able to buy food and pay rent. Securing asylum has an immediate, profound effect on their lives. It’s night and day for them. I know we can all be cynical, but I think the asylum system is set up to protect people, and when it works it gives people a chance to live happy, healthy, fulfilling lives.”

Adam was so impressed with ALRP that he joined the Board of Directors as well, to provide further support. “ALRP’s focus on HIV/AIDS, which has a level of stigma associated with it even in the Bay Area, means that they really understand the intersectionality of things like housing benefits, health insurance and mental health care,” he said. “They’re really trying to address clients’ total needs, and they are so trusted by other agencies that provide benefits, like the Mission Neighborhood Health Center, which referred my recent asylum client. I don’t know that other organizations would be able to make those connections as well.”