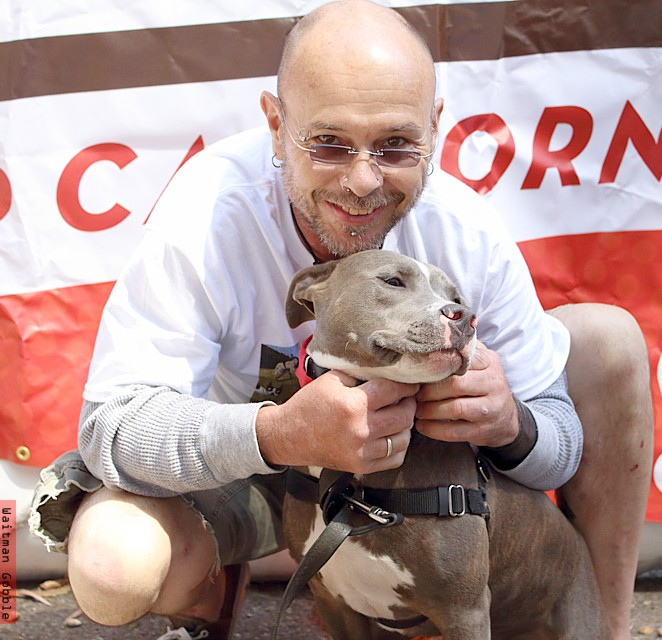 Ren is much more than a pet. She helps Brad retrieve items within their apartment, but more importantly she helps him walk the hills and stairs of San Francisco. Because Brad has long-term heart and blood pressure issues, he gets easily winded and faint when walking up hills or stairs. Ren wears a special harness on their walks together around town, and is strong enough to pull Brad when the incline is too steep for him.

“Without her help, I get lightheaded and out of breath and I start seeing stars when I walk up a hill,” said Brad. “But Ren can pull me to the top of Buena Vista Park from Hayes Valley and I don’t even get winded. She knows commands for forward, left and right. When I change her from her regular leash to her harness, she knows it’s time to pull. She’s a working dog.” Brad, who raised guide dogs for the blind for four years as a teenager involved in the 4H Club, is putting Ren through an extensive training program. She’ll eventually qualify to be a public access dog, meaning she’ll even be eligible to accompany him on airplane rides. 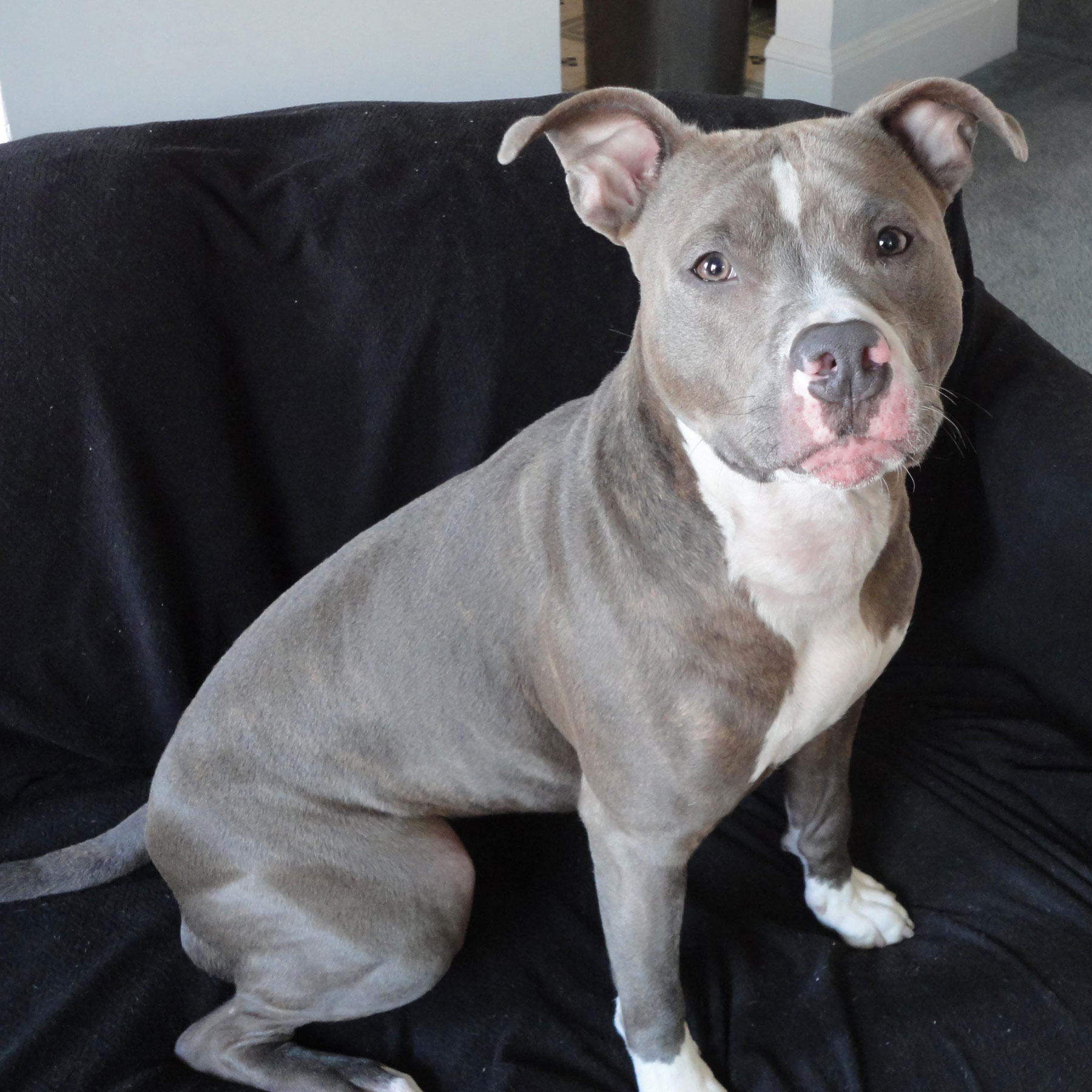 When Brad approached ALRP for help, Jaime assessed his situation. “Usually when someone comes in with a service dog, it’s an easy case,” she said. “But when we provided the landlord with a letter from Brad’s doctor and explained the law about service animals, she pushed back and insisted that she maintains a no-pets building and that Brad would have to get rid of his dog or be evicted.” When Jaime explained that the landlord was violating Brad’s fair housing rights, the landlord then shifted tactics and requested unreasonable terms, including a requirement that Ren be kept muzzled at all times while in Brad’s apartment. This would not only be inhumane, but would prevent Ren from retrieving objects for Brad. With persistence, Jaime was able to reach a compromise with the landlord that allowed Ren to stay without excessive conditions.

In addition to the practical assistance that Ren provides for Brad, she’s helped him focus on his own health as well. “Because of Ren, I have to be able to function daily,” he said. “I have to take my meds and get enough sleep. I can’t just say that I don’t want to feed her or take her out for a walk. Even if I don’t want to get up, I have to. So I take better care of myself for her.”

Brad has used ALRP’s services several times over the years. “I’ve been HIV+ since 1982,” he said. “I’ve had to learn what the resources are. When the landlord gave me the notice, I knew where to go. I tell people that if they have legal problems, whether it’s about housing or something else, don’t hesitate to make an appointment with ALRP. That’s what they’re there for. ALRP has done me a solid three times now.”