A New Home for Hector 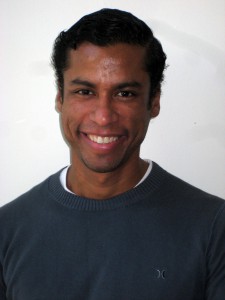 A new home would cement a long-awaited new beginning for ALRP client Hector R. Hector had overcome many hardships in the previous two years. He had been living at a residential facility and had completed its voluntary substance abuse treatment and counseling program. However, Hector’s progress came to a halt when his application to live in an affordable housing development was denied.

Searching for housing in the San Francisco Bay Area is undeniably stressful. But for a person living with HIV/AIDS, the inability to secure safe, affordable housing can lead to homelessness or exile from San Francisco – away from critical medical care, service providers, and supportive community. Many ALRP clients face extremely limited incomes, complex daily drug regimens, and compromised immune systems, making the search for housing especially challenging. To make matters worse, affordable housing is so scarce that it is incredibly difficult to secure.

When Hector’s application to the affordable housing development was denied in January 2010, he turned to ALRP for assistance. Staff Attorney Ted Garey helped Hector draft his appeal, but it was also denied. Instead of giving up, Ted contacted the property management to discover why Hector’s application had been rejected. The management responded that their decision was based on a previous eviction and on Hector’s history of substance abuse. However, Ted quickly pointed out that the previous eviction was directly related to Hector’s prior substance abuse, and that he had now been clean and sober for over 18 months and continued to participate in voluntary rehabilitation programs.

Ted recognized Hector’s determination to remain sober and knew that a relapse was a real possibility without stable housing. Without the help of an attorney who understood his circumstances and truly believed in him, Hector would have probably given up.

With Ted’s continued support, Hector requested a reasonable accommodation to submit his application despite the previous eviction, and was granted a new hearing for his application. In this third attempt to secure permanent affordable housing, Ted presented letters from case workers and health care providers that testified to Hector’s character and new outlook on life. “[Hector] has been working hard to change his life and to become a healthy person,” a case worker wrote. “I believe that he has turned his life around.”

By documenting Hector’s successful treatment and his ability to be a responsible tenant, Ted was able to address the housing provider’s concerns.

In October, Hector’s appeal was finally approved. He is now a resident of the affordable housing development and is thrilled to have a place to call home. Hector is healthy and now has the time to focus on his future, including returning to school and work, without the constant worry about where he will live.

Hector is extremely grateful for the help he received from Ted Garey and the ALRP staff, and is eager to move forward with life in his new home.

TRANQUIL: “I feel calmer and less stressed knowing someone is there for me.”