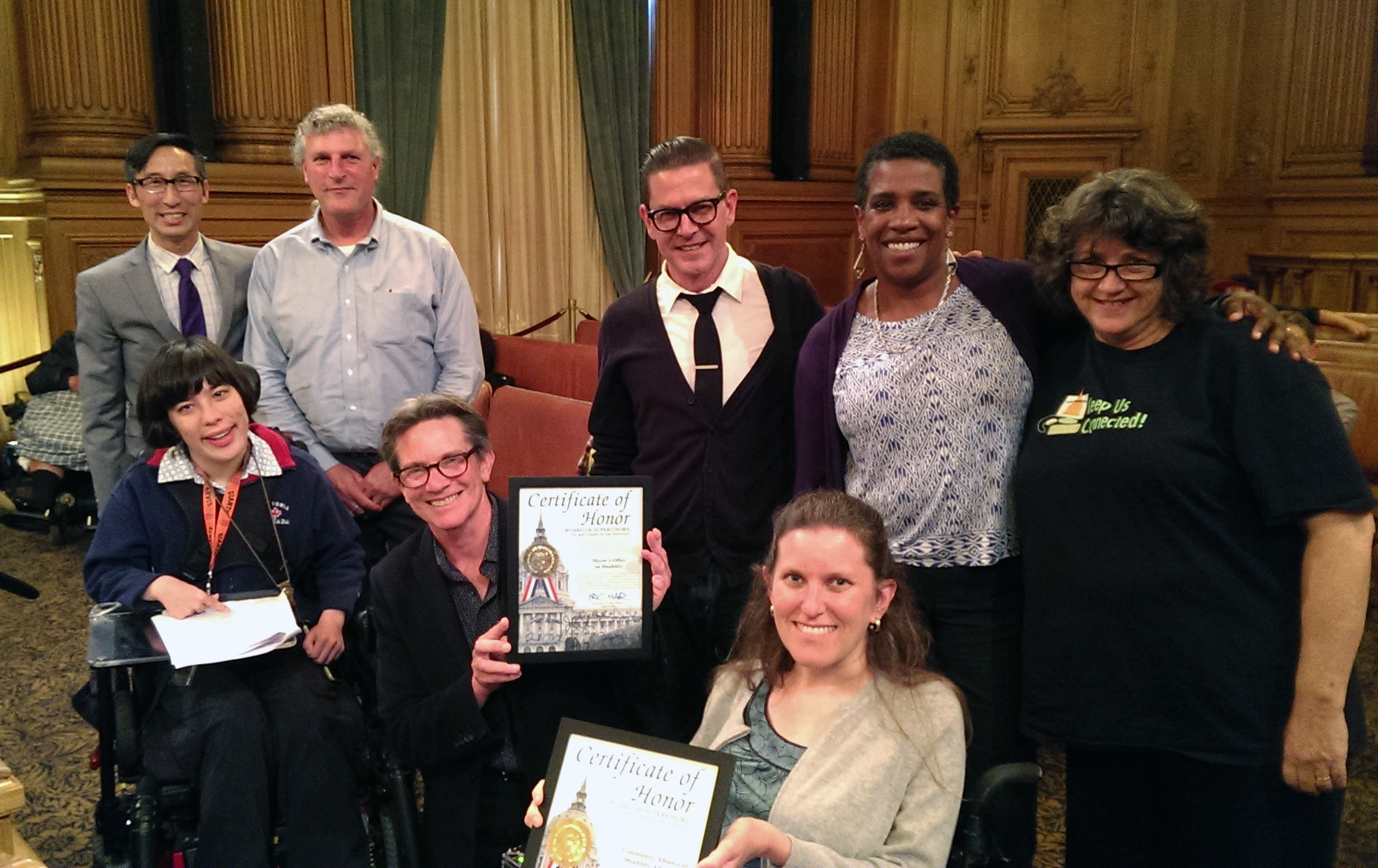 ALRP was proud to be included in a commendation at the Board of Supervisors meeting on Tuesday, July 7, 2015.  San Francisco Supervisor Eric Mar, who has represented the Richmond District since 2008, commended the Mayor’s Office on Disability (MOD) and the Community Alliance of Disability Advocates (CADA) for their work in advancing disability rights.  ALRP has been in CADA, a group of Bay Area disability rights organizations, for 11 years.  July also celebrates the 25th anniversary of the Americans with Disabilities Act (ADA), a milestone that was celebrated at the ADA25 Kick Off Celebration at City Hall on July 1.