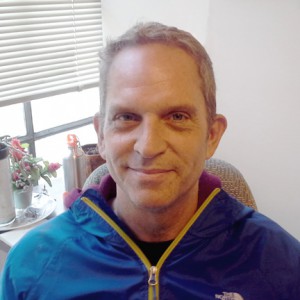 Robert was thrilled to resume working after being on disability leave for several years due to his HIV. “I work in sales and it’s a huge part of who I am,” he said. “I got recruited for a dream job and I felt really empowered again to be back at work. I put one hundred percent into it.”

To make sure he could handle the demands of his job, Robert started with part-time hours until he felt confident that he could physically tolerate full-time work again. “It wasn’t easy,” he said. “I started having some severe side effects from one medication and my doctors were trying to change me to another one, but it required a lot of tests. It took so much extra effort for me to do my job well. I decided I should take a medical leave for two months to deal with my health issues.”

Robert prepared his sales team ahead of time and stayed in daily contact with them from home during his leave. But before he could return to work, he was terminated from his position. “I had exceeded all of my sales goals,” he said. “My numbers were good. It was obvious they just wanted to get rid of me. It really hit my health hard. That’s what stress does with HIV. It wasn’t fair, and I knew they would do this over and over again with other people.”

Robert turned to ALRP for help. “Years ago they helped me the first time I went out on disability,” he said. “[Former staff attorney] Amy Orgain was so welcoming and she gave me very clear, concise options as to how I could proceed with either short-term or long-term disability. I went back to ALRP when I was fired.”

Amy once again worked with Robert, but this time as part of a team with Panel attorney Emily Nugent. “Robert had always received great performance reviews until he took medical leave,” said Amy. “Then all of a sudden his last performance review was terrible, and they fired him. We referred him to Emily Nugent, who is on both on our Board of Directors and on our Panel, because she takes wrongful termination cases. She helped Robert resolve the case. And on my side I was helping him apply for disability benefits so that he could access them even though he’d been fired.”

When Emily looked over his employment documents, she was impressed by how well Robert kept his employer informed of developments on his projects and on his expected return date. “When we met, Robert was anxious and exhausted from the ordeal of being terminated by a company he thought had his back,” said Emily. “Robert quickly became one of our office’s favorite clients. He is an optimistic and hard-working guy. A key piece to resolving the case was educating the employer about the particular effects Robert’s termination had on his health, which he was already struggling to stabilize. That, and of course reminding them about Robert’s excellent work performance.”

Thanks to the resolution of his case and his disability benefits, Robert has been able to stabilize his health and is feeling much better. “It’s been such a gift to focus on my health,” he said, “and it all ties back to the help I got from ALRP and Emily. People should know that when you feel like something’s wrong, you should pursue justice, no matter how small or bad your employer makes you feel. Help is out there. Call ALRP. I don’t know what I would have done without them.”

CERTAIN: “I am confident I can access excellent legal representation through ALRP.”