ALRP celebrated our Angels & Advocates Council members at this special major donor party, attended by over 70 guests. The 2012 One for All Major Donor Party was held on May 23rd at The Plant Cafe. 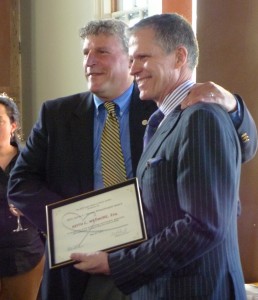 Check out our Photo Gallery of the party!

ALRP launched our 2012 One for All Major Donor Campaign, running from April 1 through May 31st. To date, ALRP has raised almost $70,000 toward our $80,000 goal. All donations directly support ALRP’s free and low cost legal services for people with HIV/AIDS.

Support the campaign and make a donation online!

RELIEVED: “Knowing how to handle an estate without probate is a big load off my mind.”