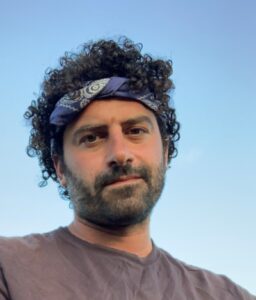 Tim Green, a longtime ALRP client, was struggling to secure regular appointments with his publicly funded dentist. The dentist was rescheduling his appointments repeatedly, causing Tim’s oral health to deteriorate.

Tim began to require much more dental work than he historically needed because of the less frequent visits.

When he raised his concerns with his dentist, the response was a termination of his services.

Through his HCAP work, Stephen helps ensure that people living with HIV have access to the publicly funded health care services they rely on to stay healthy.

Because there is a dearth of dental services available to low-income individuals, most client whose services are terminated have nowhere else to receive them. Stephen works tirelessly on behalf of clients like Tim to file grievances with healthcare providers over denials or terminations of services.

Stephen was able to mediate the issue for Tim, restoring his dental services and allowing him to access care as he had before. Thanks to Stephen’s compassionate and zealous advocacy, everyone walked away from the dispute with a smile.