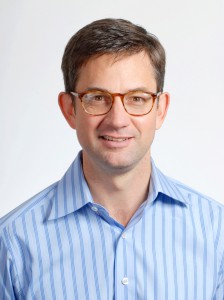 ALRP was pleased to honor Boone Callaway as the ALRP 2012 Clint Hockenberry Leadership Award recipient at our Annual Reception & Auction on October 17.

ALRP’s Clint Hockenberry Leadership Award is named for ALRP’s first Executive Director and is ALRP’s highest honor—given to individuals whose work reflects a lifetime of service to the HIV/AIDS community.

While there have been many deserving folks who have received this recognition, this is the first time that the award has been given to a descendant of Daniel Boone (seriously!).

Boone is a native of Kansas City, Missouri, who moved to San Francisco immediately following law school. Coincidentally, Boone was in the same bar prep class as ALRP Executive Director Bill Hirsh. Boone has been an attorney in San Francisco since 1986, and his law practice focuses on personal injury, medical malpractice, and estate planning. Boone joined ALRP’s Panel in 1988, and was recognized by ALRP as its Attorney of the Year in 1999.

Boone’s law partner of many years, Carl Wolf, is one of the founders of ALRP. Together these two men have been enormously dedicated to ALRP and our clients. There are many ALRP events over the course of the year, but it is a rare ALRP event indeed that lacks the presence of Boone or Carl.

Over the years, Boone has taken more cases annually than most Panel attorneys take in a lifetime. But his support for ALRP doesn’t stop there.

Boone has conducted numerous trainings on preparing wills and powers of attorney for ALRP clients. Boone’s sensitivity and compassion serve as a model for the difference Panel attorneys make in the lives of our clients. Thanks to these trainings, hundreds of people with HIV/AIDS have been given peace of mind that their final wishes will be respected. In addition, these documents help clients assert some measure of control during a process that truly is beyond our control.

Boone’s trainings have reached hundreds of ALRP attorneys over the years. It would be hard to overstate the impact he has had on a generation of attorneys and how they approach their legal representation.

Boone’s service to the community has simply been exemplary. For years he served on the Board of Directors of Maitri, a hospice for people living with HIV/AIDS, including as its Board president. He currently serves on the Board of the Institute on Aging and the San Francisco Trial Lawyers Association.

Boone is one of those people who quietly, good-naturedly, leads by example. But his passion is evident in all that he does, from his legal work to his community service, and most especially when playing pinball, where he is known to be something of a wizard.

For 25 years, Boone has remained a constant supporter of ALRP. Whenever ALRP and our clients have needed him, he has always been there.

For his years of leadership, service and philanthropy, ALRP is pleased to honor Boone Callaway with ALRP’s 2012 Clint Hockenberry Leadership Award.