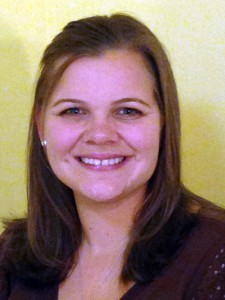 ALRP is expanding our crucial immigration work with the addition of UC Davis Law Partnership Fellow Nienke Schouten. Her position is funded through a partnership between ALRP and UC Davis. Nienke will work on expanding the ALRP Panel to include more immigration attorneys who can represent clients in detention centers and removal proceedings, as well as organizing MCLE trainings focused on removal defense and the nuances of HIV as a factor in asylum law.

“We’re very pleased to expand our immigration services at this crucial time,” said Bill Hirsh, ALRP Executive Director. “The demand for legal services for immigrants is significantly increasing. There’s an enormous human cost for HIV+ immigrants who are entitled to seek asylum but don’t know their rights and lose that window of opportunity. It’s very difficult for anyone to navigate the process alone.”

“We are seeing an increase in asylum seekers,” said Nienke. “For a long time there has been violence against LGBT people in Latin America, but in some areas the situation is worsening, resulting in more people seeking asylum.”

Nienke is particularly interested in the issue of due process as it pertains to asylum petitions. “In criminal courts, defendants have access to an attorney at no cost if they cannot afford one,” she said. “But in immigration courts, no attorney is provided to indigent petitioners. It makes a huge difference in terms of success rates. This creates a due process issue that’s becoming very ripe for litigation, making this an important time to provide increased services to potential asylees. Anything litigated now has the potential to create precedent.”

HIV+ clients seeking asylum face challenging legal issues, as well as having to cope with legal processes that require them to relive the traumatic events that caused them to seek asylum to begin with. “Many of them suffer from post-traumatic stress disorder,” said Nienke, “which makes it very difficult for them to talk about what they’ve experienced. But the law says that they must apply within one year of arriving in the United States. It’s so important that we do outreach so that people know right away that they should apply.”

Nienke is fluent in English, Spanish and Dutch. An immigrant herself, she has lived in the United States since she was a small child. “My family wasn’t able to establish permanent residency until I was 19 years old,” she said, “so I understand how difficult the process is. I remember when my grandfather died and because our application for residence had been mishandled, my father was unable to leave the country to attend the funeral. Those things really hurt, and they were the impetus for me to go into immigration law. I’ve really seen from the inside what’s wrong with the system.”