ALRP celebrated our supporters on May 21 at Sinbad’s on Pier 2. We were proud to honor Karl Christiansen with the 2014 James C. Hormel Philanthropist Award and the Eviction Defense Collaborative with the 2014 Community Partner Award. 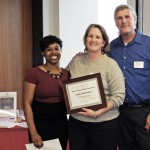 ALRP celebrated the contributions of Panel attorneys, office volunteers, and event volunteers at the 2014 Volunteer Appreciation Party. The event was held at the beautiful Pillsbury Winthrop Shaw Pittman LLP offices on April 17, 2014. 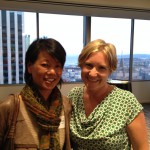 Past and present ALRP Board members gathered at MoFo for a lovely evening of food, wine, great views, and reconnections. Both founding and new Board members enjoyed ALRP Private Reserve Wines as stories of ALRP through the years were shared. 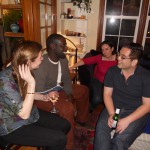 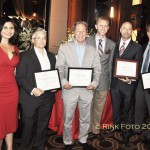 Thank you to the guests, honorees, sponsors, and volunteers of this year’s Justice from the Heart 30th Annual Reception. We broke records in both attendance and money raised. On October 16, over 400 guests joined us at the Julia Morgan Ballroom to recognize our honorees and raise $163,000 to support ALRP services. To order photos, email Rink Foto. 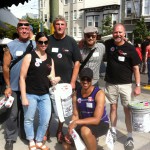 Thank you to the Castro Street Fair volunteers who welcomed fairgoers and collected donations on October 6, 2013. Over 20 volunteers donated their time and ensured that ALRP will receive a portion of the proceeds. Thank you! 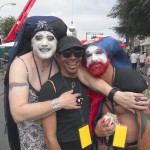 Thank you Folsom volunteers! A record 95 volunteers lent a hand at the Folsom Street Events on September 29, 2013. Our volunteers helped Folsom celebrate their 30th year of leather and fetish in style, as well as ensured that ALRP will receive a significant portion of the proceeds. Thank you to all our volunteers! 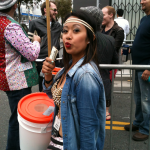 Thank you Up Your Alley volunteers! Over 35 volunteers donated their time at this one-of-a-kind leather and fetish fair on Sunday, July 28. Because of our volunteers, ALRP will be able to receive a portion of the fair proceeds. Thank you! 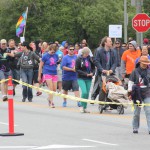 Thanks to all our Legal Eagles team walkers who helped ALRP raise over $22,000 to support our services, including our 10 StarWalkers! Our team joined 20,000 walkers and helped raise over $2.5 million for AIDS service agencies. THANK YOU – Enjoy these photos and we hope to see you next year. 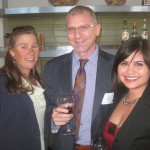 ALRP celebrated our ALRP|30 Campaign leadership gift donors at the ALRP Major Donor Party on May 9, 2013. The party was attended by over 75 guests and held at the waterfront Plant Cafe. Thanks to our generous donors, ALRP has raised almost $100,000, surpassing our $90,000 goal.