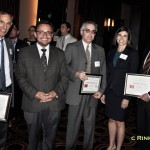 This year’s ALRP From the Heart Annual Reception & Auction was a wonderful success and raised over $177,000 for free legal services for people with HIV/AIDS. 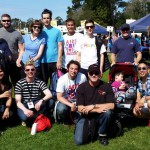 We did it! On Sunday, July 19, 2015 the ALRP Legal Eagles joined a united community of more than 20,000 strong to come together in Golden Gate Park and take crucial steps toward an HIV-free generation. 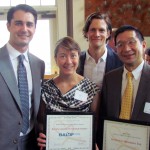 ALRP held our annual Major Donor Party on May 20 at The Plant Cafe – Embarcadero. This was a celebratory evening honoring Kerne Matsubara of Pillsbury Winthrop Shaw Pittman LLP and BALIF for their leadership, generosity, and ongoing support of ALRP and our clients. 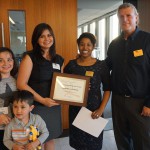 ALRP celebrated its 15th Annual Volunteer Appreciation Party on Thursday, April 16, 2015 at Pillsbury Winthrop Shaw Pittman LLP. We were proud to honor Panel attorney and former Board member Michelle Roberts as Volunteer of the Year. 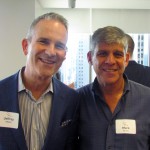 Everyone was all smiles at the 2015 Board Emeritus Party, held on April 2nd and hosted by Vince Novak at Morrison & Foerster LLP. 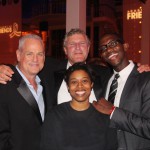 Academy of Friends celebrated its 35th annual Gala on February 22, 2015 at the San Francisco Design Center Galleria. ALRP was proud to be a beneficiary of this important event that supports Bay Area organizations serving people living with HIV/AIDS. 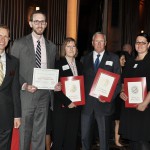 On October 15, over 300 guests joined us at the Julia Morgan Ballroom to recognize our honorees and raise more than $170,000 in support of ALRP services for people living with HIV/AIDS. 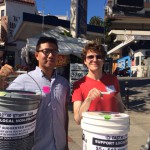 An impressive troupe of ALRP volunteers came out on October 5, 2014 to greet fairgoers and collect donations that go towards supporting San Francisco organizations. 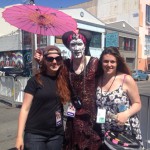 Up Your Alley and Folsom Street Fair 2014

Up Your Alley 2014 was a great success. As a beneficiary, funds received from the Up Your Alley and Folsom Street Fair events will help ALRP continue to meet the needs of our clients. 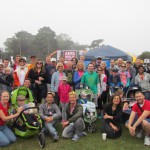 THANKS to all our wonderful ALRP Legal Eagles who helped us raise over $21,000 at AIDS Walk 2014 to support ALRP programs. Check out these great photos…