Ruth Brinker was a remarkable person who founded Project Open Hand to serve meals for people living with HIV. Project Open Hand now serves 2,500 daily meals with love and their service model has been replicated multiple times with over 150 similar groups all over the world. 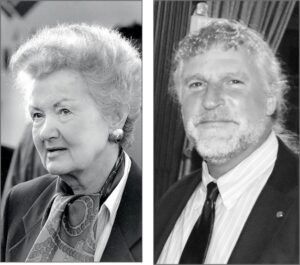 Just as ALRP began with a group of volunteer attorneys responding to the AIDS crisis, Ruth Brinker mobilized an army of volunteers to provide healthy meals to sustain people who were often too weak to cook for themselves or even leave their home to get food.

I am so proud to receive this award and lead an organization that reflects the values of San Francisco and Ruth Brinker.”

The Hand To Hand celebration takes place on:

Friday, December 9th
from 7:00 to 10:00 PM
at the historic Hibernia Building
One Jones Street in San Francisco

Not your typical sit-down gala, guests can expect a moving and

Event tickets and information can be found here.

Our friends at Real Bad do a lot of good

END_OF_DOCUMENT_TOKEN_TO_BE_REPLACED

We are more than 30 years into the epidemic that impacted San Francisco so significantly, and the times have certainly changed. But with progress comes new challenges, and the needs of our clients are as great as ever.

END_OF_DOCUMENT_TOKEN_TO_BE_REPLACED

Assessing the Need for Legal Services

Legal services cannot be overlooked when examining the needs of people living with HIV/AIDS. Here’s why.

END_OF_DOCUMENT_TOKEN_TO_BE_REPLACED

A new year has begun and we are fortunate to see some glimmers of hope in the fight against HIV/AIDS. The City is contemplating increased capacity to serve people with HIV by committing to a goal of Getting To Zero: zero new HIV transmissions, zero deaths from HIV, and zero stigma.

END_OF_DOCUMENT_TOKEN_TO_BE_REPLACED

Something to Celebrate (Fall 2014)

In San Francisco, the frosty air and dazzling window displays are all you need as proof that the holidays are fast approaching and the whole world will soon be in a whirlwind of celebration. Not to be left out of the excitement, ALRP is excited to share some of the things we’re celebrating this season.

END_OF_DOCUMENT_TOKEN_TO_BE_REPLACED

Making All the Difference (Fall 2013)

As I sat in my cluttered but comfortable office the other day, I overheard a client as he was expressing his deep appreciation for the work of one of our law clerks. The client shared that before reaching out to ALRP, he had been so distraught at the prospect of losing his housing that he had gathered enough pills to end it all.

END_OF_DOCUMENT_TOKEN_TO_BE_REPLACED

As ALRP celebrates its 30th anniversary, there is much to be proud of. ALRP services continue to play a critical role in supporting people living with HIV in the Bay Area through some of their greatest challenges. When we save someone’s housing, when we secure political asylum for someone facing persecution in their country of origin, and when we protect someone’s disability insurance, we know that our clients’ health is measurably improved. Our clients are at the heart of what we do.

END_OF_DOCUMENT_TOKEN_TO_BE_REPLACED

As ALRP approaches its 30th year of service, it is important to remember the challenges we face at home in the U.S. in addressing the HIV epidemic. A new tool called the HIV Treatment Cascade visually shows the number of HIV+ individuals in the U.S. who are fully benefiting from the medical care and treatment available. With each step of the cascade, a significant number of people drop off. Only 25% actually achieve suppression of their viral infection.