END_OF_DOCUMENT_TOKEN_TO_BE_REPLACED

Laura Maechtlen was a music major in college, and she sometimes jokes with people that she went into a career in the law because it was less competitive than one in music. Looking back, however, it has been no less satisfying. “I heard Justice Sonia Sotomayor speak recently,” said Laura, “and she said that if you’re a lawyer and you’re not happy, it must be your own attitude standing in your way…”

END_OF_DOCUMENT_TOKEN_TO_BE_REPLACED

Janet Seldon has been involved with volunteer legal services programs for her entire professional career. But ALRP still stands out for her. “ALRP is not like any other project I’ve worked on,” she said. “I think it’s because of the toll that the AIDS epidemic took, and how we all helped each other get through it.” Janet’s path to becoming a lawyer at the epicenter of San Francisco’s AIDS epidemic was accidental.

END_OF_DOCUMENT_TOKEN_TO_BE_REPLACED

Law clerk positions are available immediately for law students interested in working on behalf of people living with HIV/AIDS.

END_OF_DOCUMENT_TOKEN_TO_BE_REPLACED 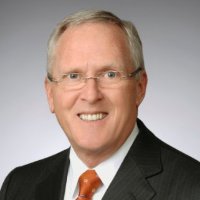 END_OF_DOCUMENT_TOKEN_TO_BE_REPLACED

By the time ALRP client Jose called us for legal help, he was afraid to leave his apartment. Having been bullied for being gay when he was younger, Jose now faced a frightful bully as a neighbor. Only this time, the bully was wielding the law as her club. Jose’s relationship with his once cordial neighbor deteriorated after she began making disparaging remarks about the HIV+ community.

END_OF_DOCUMENT_TOKEN_TO_BE_REPLACED

Emily Nugent, ALRP’s Attorney of the Year, started down the path to becoming a Panel attorney during a legal internship at the Whitman Walker Clinic in Washington, D.C. “I represented three clients with advanced AIDS, who were all experiencing discrimination at work,” she said. “I thought, ‘Didn’t everybody see the movie Philadelphia? Don’t we all understand that this isn’t right?’”

END_OF_DOCUMENT_TOKEN_TO_BE_REPLACED

As ALRP approaches its 30th year of service, it is important to remember the challenges we face at home in the U.S. in addressing the HIV epidemic. A new tool called the HIV Treatment Cascade visually shows the number of HIV+ individuals in the U.S. who are fully benefiting from the medical care and treatment available. With each step of the cascade, a significant number of people drop off. Only 25% actually achieve suppression of their viral infection.

EMPOWERED: “I had no idea where to start with my disability insurance until I went to ALRP. You helped me through the complex paperwork and guided me when I did not know what to do.”